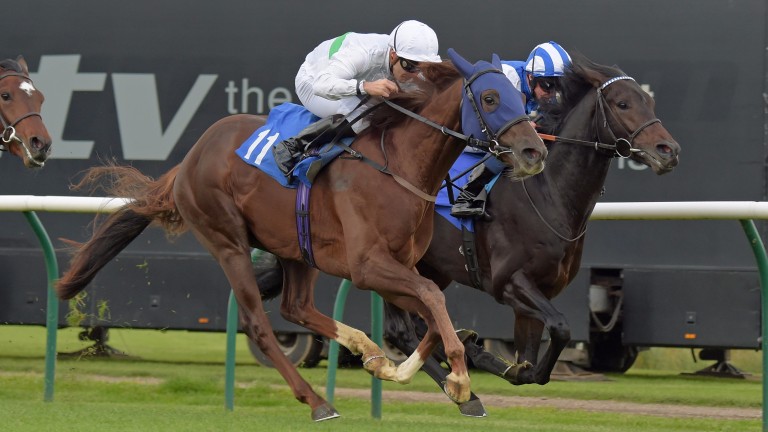 Following the release of the European two-year-old classifications, BHA lead two-year-old handicapper Graeme Smith runs you through some of last year's juveniles worth following in 2017

Akihiro Andre Fabre (rated 111)
By Deep Impact, Akihiro is from the family of Goldikova and is unbeaten in two starts. The second of those victories came at Group 3 level and that was the race in which National Defense – who is rated 118 – suffered his only defeat. They went a real good gallop and Akihiro made up an awful lot of ground in the last two furlongs and did it readily. I'd keep an eye on him with the French Classics in mind – I think he could be really good.

Tartini John Gosden (unrated)
He was unfancied at 25-1 on debut at Nottingham and didn't look like winning turning in as his inexperience got him a long way back and he appeared to be floundering. But he made up a fantastic amount of ground as he got the message and his jockey wasn't hard on him. A cursory glance at his pedigree tells you there's every chance he is a serious horse as his two half-brothers – Thought Worthy and Lucarno – won the Great Voltigeur. He is a potential Derby horse.

Talaayeb Owen Burrows (94)
She wasn't first string when winning on the Rowley Mile but she did it very easily, cutting through the field and running away by two and a half lengths with a lot more in reserve. She's worth looking out for. 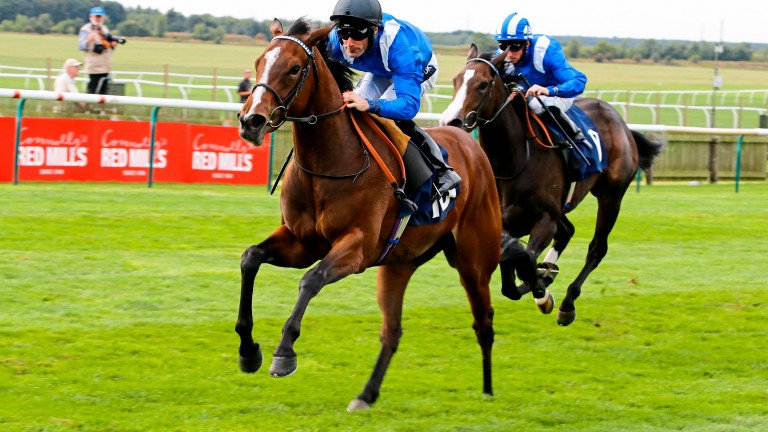 Talaayeb : won well on the Rowley Mile and looks a bright prospect
ST Parade7/7/16
Cracksman John Gosden (92)
He is trained by John Gosden and runs in the Golden Horn colours, so he caught the eye of a lot of people when winning at Newmarket on debut. He ran a very good time and, I believe, a very good sectional overall time at the finish when beating Wild Tempest, with the pair nearly three lengths clear of the remainder. He has a lovely pedigree, being by Frankel, and is out of a dam who has already produced a Group winner in Fantastic Moon.

Mirage Dancer Sir Michael Stoute (87)
A son of Frankel who overcame greenness to win at Doncaster, beating a horse well established in the low 80s. I'm told Ryan Moore likes him, I like him, and he has a pedigree to die for – it's one of Juddmonte's strongest pedigrees.

Barney Roy Richard Hannon (91)
He hasn't been a talking horse but knocked the eye out when making a winning debut at Haydock in late September. He took a while to grasp what was required but absolutely burst clear from a furlong out to win by nearly four lengths. The second came with solid form, and the third, Crowned Eagle, is now rated 85. I think he could be quite good, certainly if able to show that speed as a three-year-old.