BHA finds 934 reasons why Newcastle transformation was a good idea 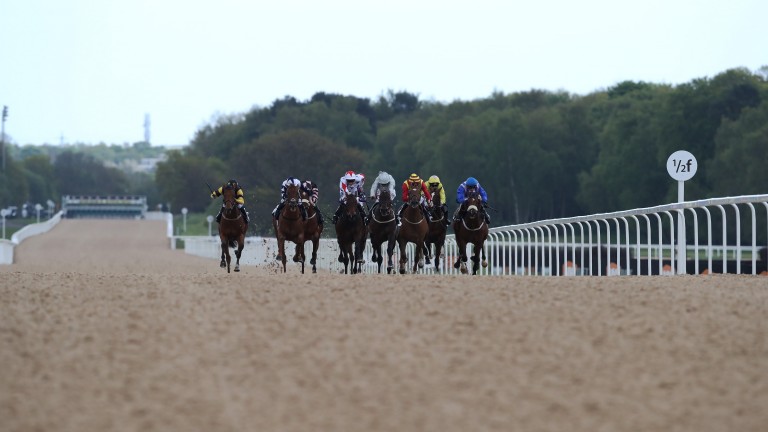 BHA research has provided early evidence that introducing all-weather racing to Newcastle has had the desired effect.

Estimates of the demand for a northern all-weather course, made ahead of the track's conversion from turf, had suggested there could be around 900 extra runners each year as a result.

The BHA examined the course's impact and found an additional 934 runners had taken to the all-weather between November 1 and March 31.

The share of runners provided by the north increased from 18 per cent to 25 per cent.

Susannah Gill, director of external affairs at Arena Racing Company which owns Newcastle, said: "It was a huge investment of £12million but the rational case for it was always there, while the debate about the loss of the turf track was an emotional one at times. The logic for it was always there and that has been borne out."

The BHA also looked into whether the increase in all-weather runners had hit the number of Flat horses going jumping.

It found that, although the trend since 2006 shows a steady, significant decline in the number of horses switching codes, the impact has been relatively minor so far, with just eight fewer horses from the north switching codes than in the previous year.

The BHA will continue to monitor the trend along with the impact of initiatives designed to promote jumping as a future career for Flat horses.

FIRST PUBLISHED 1:36PM, MAY 7 2017
It was a huge investment of £12million but the rational case for it was always there

Racing has its problems and it's up to racing to solve them Communications director Martin Fewell set to leave BHA 'I'll definitely watch it at home' - inaugural Racing League crowd ready for fun Whether you love it or loathe it, the Racing League is ready to roll the dice Racing League founders insist 'diverse' participants weren't cherry-picked Danny Brock gets 30-day ban for breaking whip rules on one ride in seven in 2021