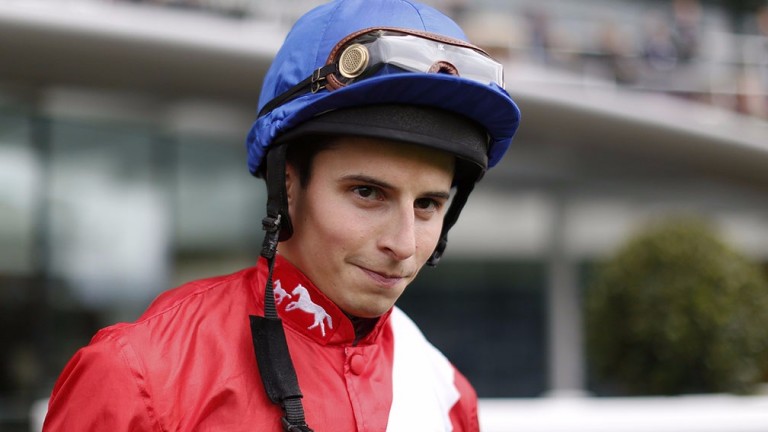 William Buick: rider would have missed the Craven meeting had ban stood
Getty Images
1 of 1
By James Burn 7:00PM, APR 7 2017

Leading Flat jockey William Buick had no basis to realise there was a welfare issue with Zillion, the horse at the centre of the jockey's original eight-day ban handed to him at Chelmsford last week, a BHA-appointed disciplinary panel has noted.

Buick, who rides mainly for Godolphin, faced missing the important Craven meeting at Newmarket had the ban – which was imposed after he failed to pull up Zillion – stood. However, he got the all-clear to ride after the BHA on Wednesday took the unusual step of allowing the appeal.

Despite that, a hearing still took place on Thursday, the findings of which were released on Friday.

Buick, who was not in attendance, was found in breach of rules relating to horse welfare by the Chelmsford stewards, but the panel –made up of Tim Charlton QC, Philip Curl and Ian Stark – noted: "There was no basis for thinking that Mr Buick either realised or should have realised that there was any welfare problem with the horse during the race."

Zillion, trained by John Gosden, finished fourth of five runners in a mile maiden and was found by a racecourse vet to be "two-tenths lame at the trot on his left fore" some 45 minutes after the race.

However, the panel added: "There was no sensible prospect of a finding that Mr Buick either knew this or ought to have appreciated this."

The jockey, who was among the winners at Leicester on Friday, on Wednesday praised the BHA for its "great understanding and professionalism". The three-day Newmarket Craven meeting starts on April 18.

FIRST PUBLISHED 7:00PM, APR 7 2017
There was no basis for thinking that Mr Buick either realised or should have realised that there was any welfare problem

Communications director Martin Fewell set to leave BHA Extra money - but less competition and lower crowds: the impact of more racing Whether you love it or loathe it, the Racing League is ready to roll the dice Are we looking at a Group 1 horse in a handicap? International Stakes insight Danny Brock gets 30-day ban for breaking whip rules on one ride in seven in 2021 Buck stops with owners in welfare fight - so let's put a tax on prize-money