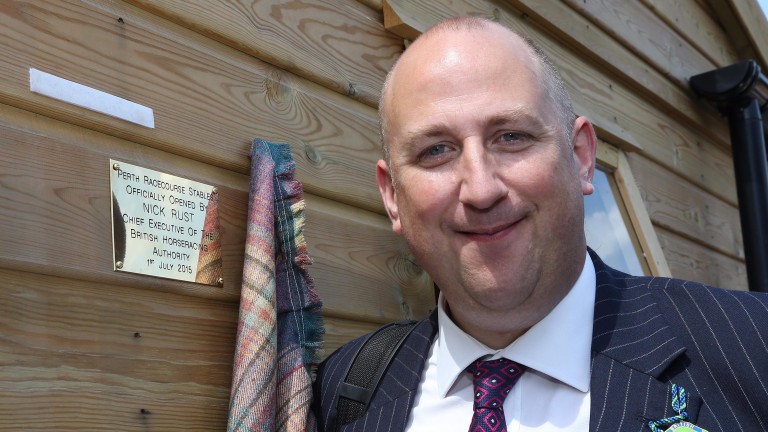 The BHA has welcomed a call from the chief executive of major online bookmaker Sky Bet for a new partnership between betting and racing.

Richard Flint told the 246th Gimcrack Dinner at York racecourse this week that the two sectors needed to work in the digital sphere and move away from the traditional betting shop sector, while describing the relationship between racing and betting as "critically important".

BHA chief executive Nick Rust was one of the guests at York and said in reaction to Flint's speech: "It was hugely encouraging to hear Richard – as head of one of the country’s largest and fastest growing remote betting firms – speak about the interdependent relationship between racing and betting, in what was an excellent speech overall."

Flint warned racing was facing an "unprecedented demographic challenge" with the quarter of Sky Bet's customers who are under 25 being 17 times more likely to bet only on football than only on racing, according to his company's experience.

Rust acknowledged that dynamic, although he claimed it was outweighed by other opportunities.

He said: "We are aware of the challenges new technologies and changing customer demographics present for betting activity on British racing, but also the opportunities which outweigh them.

"These are best addressed through working in partnership, as Richard stressed, and data sharing."

Sky Bet are one of the firms who have signed up to the authorised betting partner policy and Flint said this was set at a more "comfortable" rate than the ten per cent the government has said it is minded to put on the levy replacement system due to be introduced on April 1.

Flint warned the government's plans would mean racing becoming "a near zero-margin sport for us".

Rust added: "We greatly value our relationship with Sky Bet as an authorised betting partner, and look forward to developing this relationship further – and with all remote operators – under the levy replacement."

Both racing and betting are waiting to hear confirmation of the government's plans for levy replacement, which had been expected to be announced before Christmas.

Flint's comments are not the only ones emanating recently from the betting industry calling for a better working relationship with racing.

Ladbrokes chief executive Jim Mullen last week said it was "more important than ever that we put our rivalries aside, stop bickering and work together".