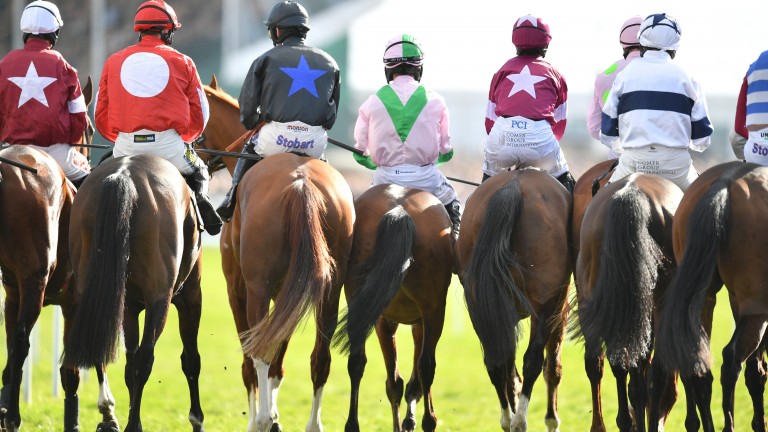 Jump racing in Britain has been suspended until July 1, the BHA announced on Thursday.

The decision was taken following a proposal from the National Trainers Federation, which wanted clarity for trainers and owners on when racing over jumps would resume in a bid to minimise any unnecessary expenditure. It was agreed by the Racehorse Owners Association, Professional Jockeys Association and the Racecourse Association.

In Ireland, meanwhile, it was announced on Thursday that the Irish point-to-point season has ended. 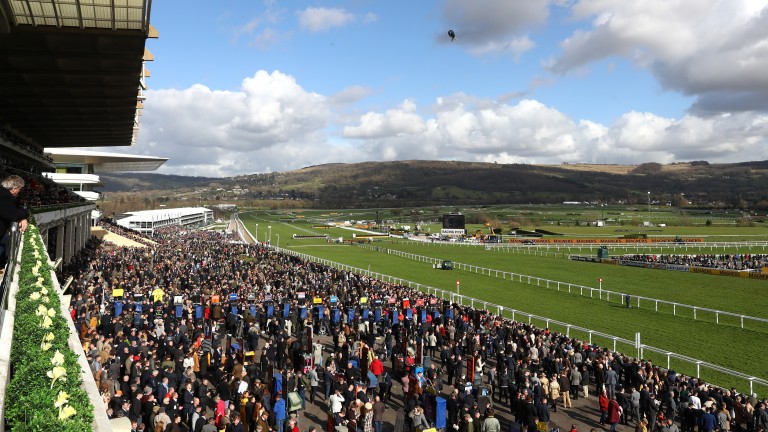 British racing: has been suspended since March 17 following the coronavirus outbreak
Michael Steele

The BHA is working towards the resumption of racing from May 1, with racing to start behind closed doors and on the Flat. The focus when the sport restarts will be providing opportunities on the Flat, with jump racing putting more pressure on medical and emergency services.

More jumps fixtures will be scheduled later in the summer, including during the previously planned summer jump breaks in August and September. Additional meetings are likely to go to tracks worst affected by racing's suspension in the period between March and July.

BHA 'conscious of the impact'

Richard Wayman, chief operating officer of the BHA, said: "The decision to lose jump racing until July was not one that was taken lightly and we are very conscious of the impact this will have on many across our sport.

"We're working closely with the horsemen, racecourses and Levy Board to ensure the sport is ready for a resumption of racing at the earliest possible opportunity. Our planning is progressing well, and it is important that we keep everybody informed as it develops to help them with their own decision-making.

"The plan involves a phased return of racing, as well as increasing the jump programme in late summer and early autumn. With that in mind, we wanted to ensure that those who own or train jumps horses have a clear picture of how we are planning to proceed in the coming months.

"Additionally, we were keen to minimise the risk of any unnecessary expenditure by confirming that there will be no jump racing before July 1. This will allow horses to have breaks away from training yards if owners wish them to."

Emma Lavelle: NTF president said the move would "allow the immediate focus to be on Flat racing, which is already losing a major part of its core season"
MARTIN LYNCH

Emma Lavelle, president of the NTF, added: "Having canvassed the opinion of jumps trainers, we felt a break in jump racing until July 1 would bring clarity for owners, trainers and staff, and allow the immediate focus to be on Flat racing, which is already losing a major part of its core season.

"There was a willingness to engage in constructive conversation among the BHA and other stakeholders, and flexibility to produce a programme that will give plenty of opportunities to the summer jump population later in the year."

In formally announcing that the point-to-point season is finished in Ireland, the Irish Horseracing Regulatory Board suggested that the prospect of bumpers being staged for horses with hunt certificates would be explored for when racing resumes.

Paul Murtagh of the IHRB said: "In the coming days we will seek to engage and consult with the stakeholders to consider their views and explore various options, such as the possibility of staging some bumper races for horses with hunter certs as soon as sporting events can recommence and measures to enhance the autumn 2020 programme of fixtures which may go some way to offset the loss of races this spring."

British racing has been suspended since March 17 following the coronavirus outbreak, while Irish racing ceased on March 24.

As of 9am on Thursday, there have been 33,718 positive cases of the coronavirus in Britiain, resulting in 2,921 deaths. In Ireland, a further 402 new cases takes the overall number of confirmed cases to 3,849, with 13 further Covid-19 related deaths taking the number of fatalities to 98.

FIRST PUBLISHED 3:48PM, APR 2 2020
Having canvassed the opinion of jumps trainers, we felt a break in jump racing until July 1 would bring clarity for owners, trainers and staff