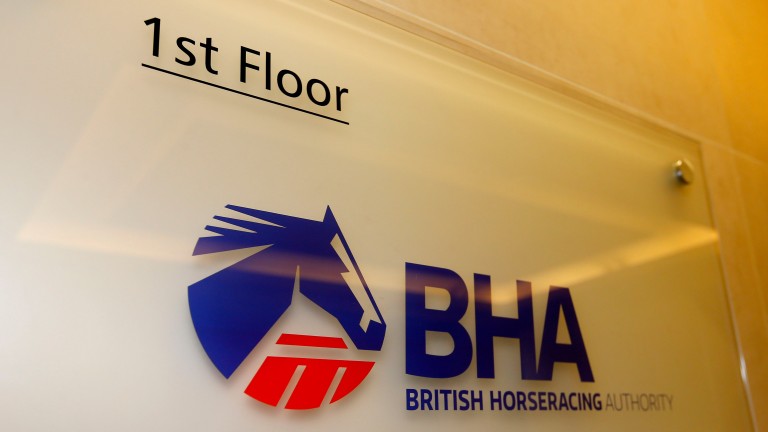 Experienced previous winners will be excluded from novice races from the beginning of the 2018 Flat season, the BHA has announced.

Explaining the rule change, a BHA statement read: "On several occasions this winter highly tried, often highly rated horses have run in novice races open to older horses. This has contributed to smaller field sizes, as less experienced horses have been discouraged from running.

Frank Fox, who had horses in training with Bill Marshall and Jack Holt, has died in Spain after a short illness. He was 84.

Fox had lived in Spain for more than 20 years but had previously been a regular racegoer in the south of England and, as well as owning horses, was a member at Goodwood, Newbury and Salisbury.

He is survived by wife Shirley, and sons Will, Jim and Joe.

Tommy Rapper sent the Scoop6 rolling into a seventh unclaimed week when landing the fifth leg of the bet at Haydock on Saturday.

Just one ticket remained going into the contest, which was on Noble Robin, but after briefly getting involved he was under pressure as the field turned for home and dropped away.

Totepool spokesman Matt Hulmes said: “It looked very likely the Scoop6 would be won this week with just 65 horses declared across the six legs. However, the first result did plenty of damage and now over £800,000 will be up for grabs on Betfred Eider Chase day next Saturday.”

Sir Michael Stoute has warned that last year's winner Convey is not certain to run in next Saturday's Betway Winter Derby at Lingfield, for which the sponsors make him 5-1 co-favourite with Deauville.

Stoute, who is also aiming 2017 Brigadier Gerard Stakes winner at the Group 3, said: "Convey had a little hiccup the other day. It was minor, and he's back in work, but it's just put him a little bit behind schedule and so he's not certain to go.

"Autocratic is in very good shape though. It's not an ideal track for him, but he's got plenty of ability and we are very pleased with him."

Convey followed up last year's Winter Derby success by taking the valuable Easter Classic over the same course and distance but raced only once more, finishing down the field in a Group 1 in Hong Kong in May. Autocratic was also lightly raced.

Stoute revealed: "Convey suffered badly from travel sickness on his trip to Hong Kong and he took a long time to recover. Autocratic had some little niggles, but he's over them now."

Frankie Dettori has spoken of his devastation following the death of popular Newmarket figure John Duffy on Tuesday at the age of 50.

Duffy, a former stable lads boxing champion, had a long career in racing with the likes of Sir Henry Cecil and Michael Bell before becoming a stalls handler. He worked as a driver for Dettori in later years

Dettori said: "I'm utterly devastated. John was a larger than life guy who become a close family friend and our families spent many happy holidays together.

"He drove me around for around five years and you couldn't meet a nicer bloke. My kids are close to his kids and I'm devastated for all of us but especially for Amanda and his two girls."

Duffy had two spells as a stable lad with Michael Bell in his younger years and the Derby winning trainer remembers him well.

He said: "John was with me first when I was just starting up and was a great boxer. I remember we won two of the fights at the stable lads boxing finals one year despite only having ten staff.

"He won the heavyweight and Richard Mullen won the lightweight. He was the nicest man you could ever meet and our thoughts are with Amanda and his girls."

Duffy leaves a widow Amanda, and two girls. His funeral will be held at the Our Lady Immaculate and St Etheldreda Catholic Church in Newmarket on March 8 at 12pm.

The Japan Racing Association is to begin posting race videos with English-language commentaries for all Grade 1s on its YouTube channel, starting this Sunday with the February Stakes on the dirt at Tokyo.

English racecall videos of the top races in Japan previously appeared on the JRA website some 24 hours after the event but the new enhanced service aims to post replays for Grade 1s  around three hours after each race at https://www.youtube.com/user/jraofficial/

An oral dosing syringe has been sent to BHA headquarters for analysis after it was discovered on the floor of a stable box at Kelso's meeting on Thursday.

An employee of trainer Keith Dalgleish found the syringe in the bedding of a stable and handed it in to an official.

After interviewing the stable staff member, clerk of the course and veterinary officer, the stewards sent on the item to the BHA for further consideration.

In response to the matter, the BHA released the following statement: "Oral dosing syringes [i.e. those to which you are not able to affix a needle] are permitted in racecourse stables on permission of the veterinary officer for administration of glycerine [or water, for which a bulb syringe would usually be used].

"Whilst their presence is therefore not uncommon, in this instance due to the nature of discovery the BHA is considering the matter to ensure there are no wider concerns."

Members’ Club Ultimate subscribers can read our guide to Nicky Henderson's festival team exclusively online the night before publication in the paper. Not a member? Enjoy your first month free when you subscribe using promo code FREETRIAL. Find out more here 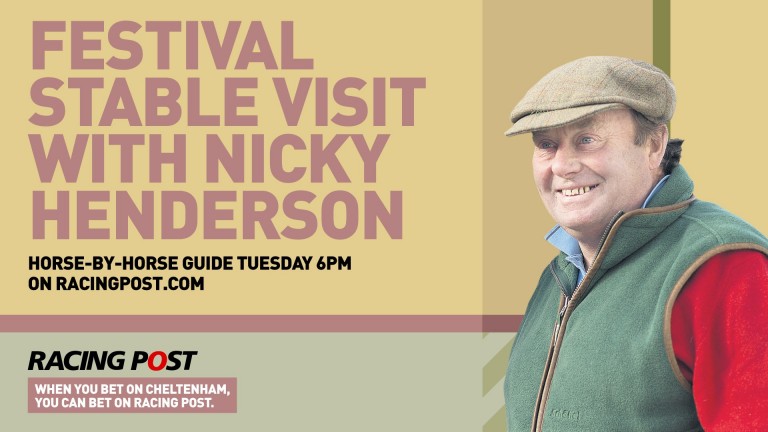 FIRST PUBLISHED 3:09PM, FEB 17 2018
This has contributed to smaller field sizes, as less experienced horses have been discouraged from running