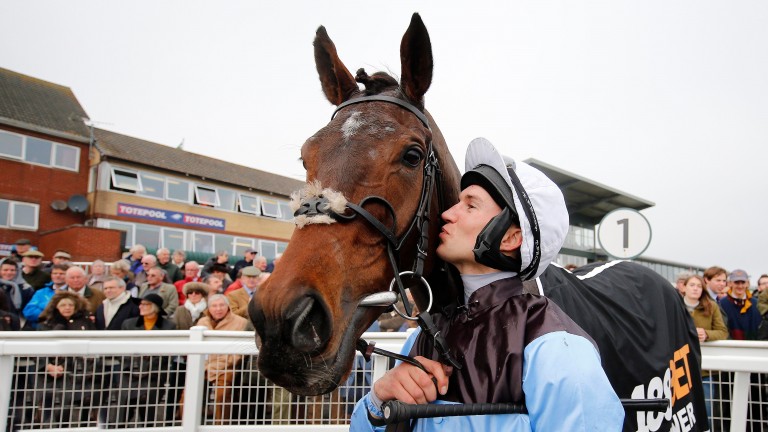 The BHA yesterday admitted to an error that enabled two runners in Tuesday's 188Bet Haldon Gold Cup, Exeter's biggest race of the season, to compete off a lower weight than would normally have been the case.

Run traditionally as a limited handicap with a bottom weight of 10st 4lb, the Haldon – won in thrilling fashion by the Tom George-trained Sir Valentino in a head-bobbing finish from Garde La Victoire –appeared in Tuesday’s racecard as an open handicap, of a superior, Grade 2 variety.

The BHA yesterday conceded there had been an unintentional change in the race conditions, enabling Ultragold (fifth) and Purple'n Gold (last of eight) to race off a 4lb lower weight than they would have done under the race's normal range.

Media manager Robin Mounsey said: “At some point in a switchover of racing admin systems, what should have been a 11st 10lb to 10st 4lb range for that race altered to 11st 10lb to 10st. That was how it was presented, from the very first publication of the race conditions and consistently throughout the process of entries and declarations."

'This should have been picked up'

He added: “This should have been picked up at an earlier stage, but by the time it had been picked up, horses had been entered and declared on the basis of an 11st 10lb to 10st range.

"Therefore, as much as the range for this race would usually have been 11st 10lb to 10st 4lb, no-one had entered or declared for the race under any false pretences. There is nothing in the rules that prevents a Grade 2 race being run with a range of 11st 10lb to 10st.

Major open handicaps in the calendar such as the BetVictor Gold Cup, the Hennessy and the Randox Health Grand National are all run as Grade 3 chases, but Mounsey said the one-off change in race conditions had not contravened any rule.

Mounsey said: "To have a Grade 2 open handicap is unusual, but there is nothing against it in the rules."

FIRST PUBLISHED 5:46PM, NOV 2 2016
This should have been picked up at an earlier stage, but by the time it had been picked up, horses had been entered and declared

'It's absolutely ludicrous' - punters fume over Betfair affordability checks Levy Board to consider 'significant investment' with income forecast to be £80m Racing Welfare launches mental health online survey Good news on affordability checks - but racing won't be left unscathed No more masks and back in the paddock - is good news for owners on the horizon? John Gosden among powerful figures in new consultation group on use of the whip