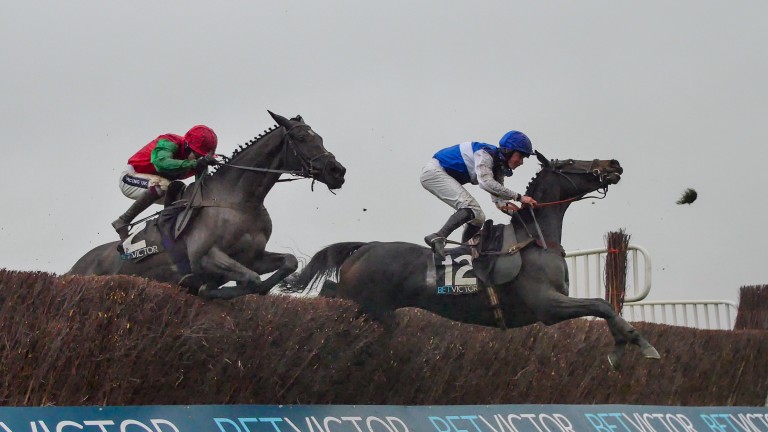 The weights for Saturday's BetVictor Gold Cup are likely to rise after topweight Aso was described as a doubtful runner by trainer Venetia Williams.

Runner-up to Frodon in last season's Ryanair Chase, Aso returned to action with a third-placed finish in the bet365 Charlie Hall Chase this month and his future targets are unclear.

"I doubt he'll run on Saturday," said Williams. "I don't know what the plan would be at the moment but he ran a good race at Wetherby and we have to be very pleased with that."

Aso, a 20-1 shot with the sponsor for the £160,000 Cheltenham contest, has been given 11st 12lb off a mark of 168 and his presence at the head of the weights leaves the likes of leading contenders Guitar Pete, Eamon An Cnoic and Brelan D'As out of the handicap.

If Aso does not run the weights will rise by at least 5lb with Black Corton, Janika – who has a 5lb penalty for Tuesday's Coral Haldon Gold Cup success – and Saint Calvados next in the list.

The next confirmation stage for the BetVictor Gold Cup is on Monday lunchtime and the betting is headed by general 6-1 favourite Slate House, with Kalashnikov and Spiritofthegames next best at 8-1.