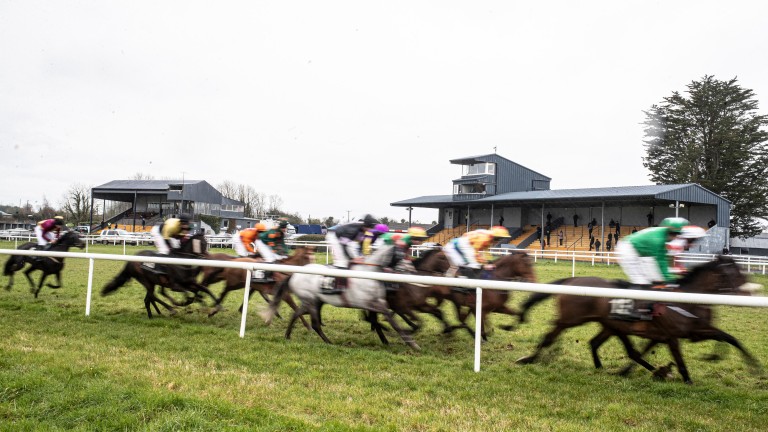 Betting volumes on Saturday's racing at Thurles, broadcast on ITV4, rose significantly compared with the previous year in an indication of the value to the industry of Ireland continuing to race behind closed doors.

On the Betfair exchange there was a 192 per cent increase in betting volume in the win markets alone, with over £8 million staked over the course of the seven-race card. People were also keen to watch, with healthy viewing figures on ITV4, which showed five races.

As a more direct comparison, the viewing numbers for Saturday at Thurles were reported to be double those recorded when the channel broadcast five live races from Naas on February 9 last year, when British racing was halted by the equine flu crisis.

Friday's decision by government to close leisure outlets, including betting shops, in an effort to control the outbreak of the Covid-19 virus meant British-based customers had to bet on Thurles remotely.

But betting data from the meeting showed there is a healthy appetite to enjoy the sport, even if it is pared-back for the foreseeable future.

Couldn't have put it any better @richardhoiles

Take care of yourselves and each other from everyone at ITV Racing pic.twitter.com/wP883EBNAJ

Four races from Thurles broke the £1m mark and Betfair spokesman Barry Orr said: "The numbers show people are engaged with racing and want that distraction.

"It was the only show in town and being on ITV is a massive help. It was light relief and offered a thread of normality and something for people to look forward to." 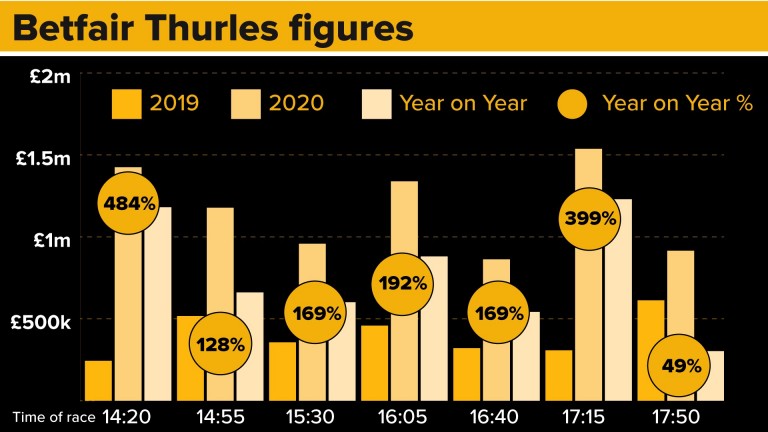 Orr also reported trade on Friday's eight-race all-weather card at Dundalk was up 55 per cent, compared to the same fixture in 2019 when there was one race fewer.

Paddy Power also reported strong business, and spokesman Paul Binfield said: "As the racing was mostly competitive, it proved an attractive betting proposition for punters even considering it was the only meeting on. With our retail estate not being open, it’s hard to gauge how much more we would have turned over.

"But in the end we turned over four times the amount we did on the same meeting last year with the 4.10 topping it turnover-wise [five times more than last year]."

It was a similar story for Ladbrokes Coral, and the firm's PR director, Simon Clare, said: "We are really encouraged, and not entirely surprised, by what were really strong turnover levels on the Thurles meeting on Saturday across both Ladbrokes and Coral digital channels.

"We took as much money on Thurles as we would on a televised UK feature race meeting on a Saturday, and the number of active Ladbrokes and Coral racing customers betting on Saturday was also healthy given Thurles was the only show in town.

"The value of Irish racing each day this week cannot be underestimated either. Even without the terrestrial coverage, the popularity of bet and watch enabled all our customers to watch the Irish action at Downpatrick on Sunday, and a terrific Flat card at Naas tomorrow. Irish racing is proving an oasis in the desert for racing fans and punters."

Bookmaker body gets behind 'historic national effort' despite closure of shops

FIRST PUBLISHED 3:30PM, MAR 22 2020
The value of Irish racing each day this week cannot be underestimated. It's proving an oasis in the desert for racing fans and punters