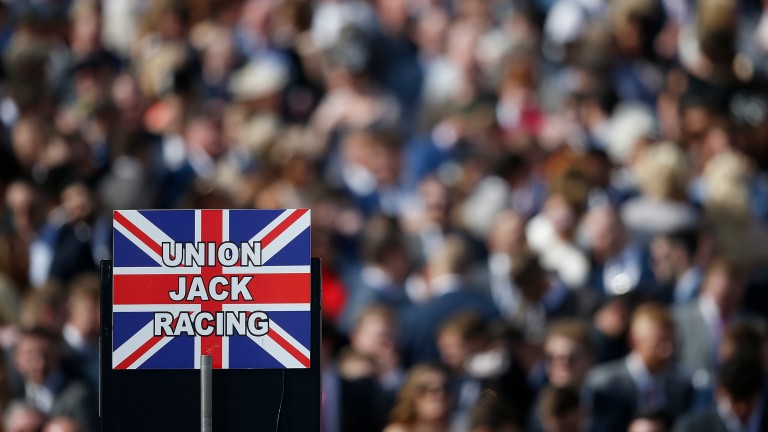 Bookmakers are bracing themselves for their busiest weekend of the year with a whopping £250 million expected to be gambled on Saturday's Randox Health Grand National.

Layers anticipate the 'perfect storm' of the National falling in the midst of the Masters golf on a sun-soaked weekend will mean turnover soars.

Nicola McGeady, of Ladbrokes, said: "All betting record books are expected to be torn up on Grand National day as turnover levels could reach a staggering £250 million across the industry."

Victory for the Brian Ellison-trained Definitly Red is described by Ladbrokes as a nightmare result, a view shared by Coral, whose spokesman David Stevens said: "The National is by far the biggest betting event of the year, and the fine forecast for National day will help push turnover above the £200m mark on the one race over ten million Brits enjoy a flutter on."

Paddy Power estimate £200m will be staked on the Aintree highlight, making it ten times more popular with punters than the FA Cup Final, while Kim Kardashian and Kanye West are 100-1 with the firm to attend the meeting.

Among Betfair Sportsbook's specials is a market on where the winner will be trained, with Britain a 1-4 chance and Ireland 5-2.

Wherever it comes from, punters will be hoping it is easier to find than Ultragold, who struck at 50-1 in Friday's Topham, while there was also an upset in the Top Novices' Hurdle, which went to 16-1 shot Pingshou.

FIRST PUBLISHED 6:00PM, APR 7 2017
The National is by far the biggest betting event of the year