Better than ever: Kennedy so sweet on Champion Hurdle favourite Apple's Jade 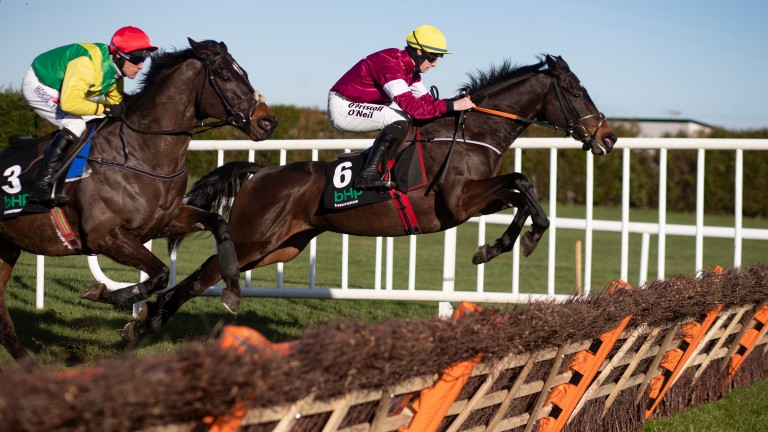 Apple's Jade and Jack Kennedy on their way to victory in the Irish Champion Hurdle
Patrick McCann
1 of 1
By David Jennings UPDATED 7:04PM, MAR 10 2019

On the day Apple’s Jade usurped Buveur D’Air as favourite for Tuesday’s Unibet Champion Hurdle, her big-race partner Jack Kennedy declared her better than ever and up for the fight in the Cheltenham Festival day-one feature.

On Sunday Buveur D’Air lost his grip on favouritism for the Champion Hurdle for the first time since he won the race for a second time last year, with bookmakers easing him out to 9-4 (from 7-4) while simultaneously shortening Apple’s Jade to 2-1 favourite (from 9-4) after the two were among ten horses declared for the contest. 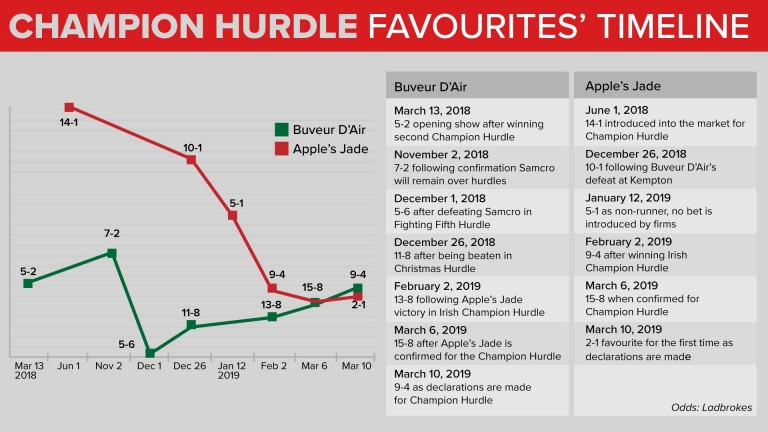 Apple’s Jade has won nine of her last 11 outings, with the only blips being at last year’s spring festivals at Cheltenham and Punchestown when she was in season.

Kennedy, who rode four winners at last year’s festival, said: “She feels better than ever this season. Certainly, since I've started riding her she's never been better. The key thing with her is that she must be revved up before her races.

"When she lost her way last spring, she wasn’t that way. This season, every time I've sat on her in her races, she's been revved up and raring to go. That doesn't mean boiling over or anything like that; just ready for the fight ahead. I’ll know when I hop up on Tuesday whether she’s revved up or not.”

Apple’s Jade has won all four of her races this season by a combined distance of 73 lengths and in three of those she made every yard of the running.

The exception was the Hatton's Grace Hurdle at Fairyhouse in December when Wicklow Brave led her to the third-last. She ended up beating Supasundae by 20 lengths there, and Kennedy is convinced the seven-year-old does not need to lead to be seen at her best. 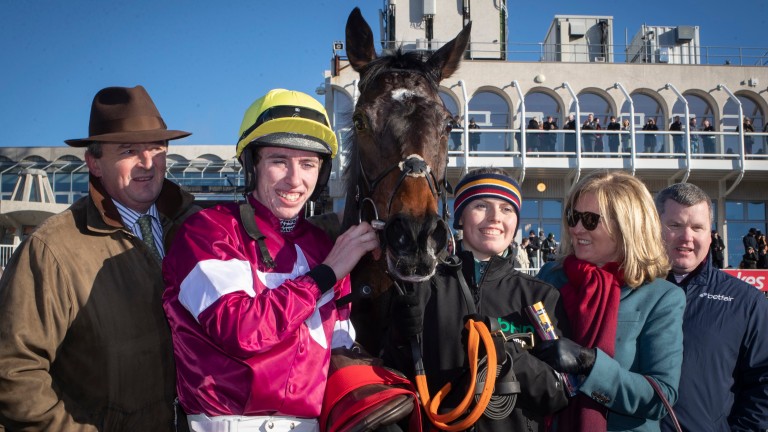 Apple's Jade is one of four rides for Kennedy on the opening day, with the 19-year-old also partnering Vision D'Honneur in the Sky Bet Supreme Novices' Hurdle, General Principle in the Ultima Handicap Chase and Roaring Bull in the Close Brothers Novices' Handicap Chase, all for trainer Gordon Elliott and Gigginstown House Stud.

Only Ruby Walsh, Barry Geraghty and Davy Russell are a shorter price to be leading rider at Cheltenham and, although Apple’s Jade may be Kennedy's best chance of a winner according to the bookmakers, Battleoverdoyen is an exciting prospect in the Ballymore, for which he is second favourite behind Champ.

Kennedy said: "I've always loved Battleoverdoyen and I'm really looking forward to riding him again. Whatever he achieves over hurdles is a bonus as he's going to make a smashing chaser, I’ve said that all season. He'll be some horse next year." 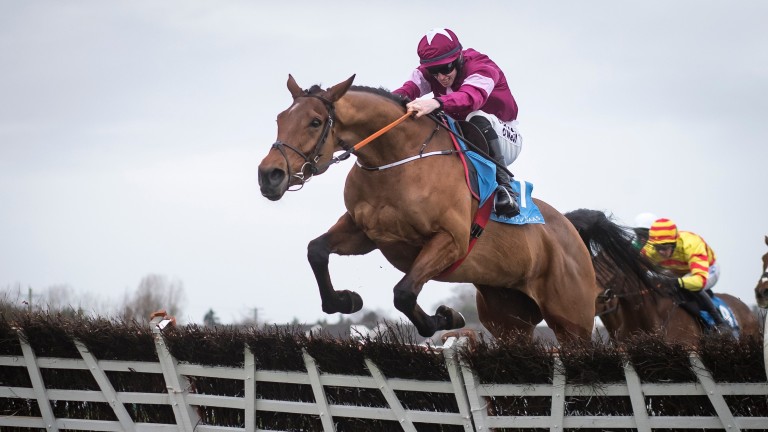 Battleoverdoyen: the unbeaten son of Doyen is among the leading fancies for the Ballymore Novices' Hurdle
Patrick McCann

Shattered Love is a 25-1 shot for the Magners Gold Cup but Kennedy said: "The more rain, the better for Shattered Love. She'll handle soft ground really well and it might inconvenience some of the others. I would say she has a small each-way chance."