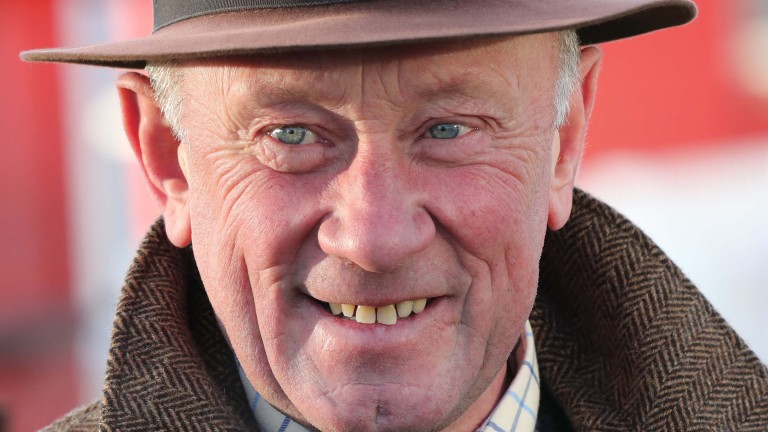 Sandown’s loss is Ayr’s gain as the ITV cameras switch to the Scottish track for some pre-Cheltenham live action.

Nicky Richards, whose runners went over a month without finding the target recently, is back in top form and attempts to send out a sixth winner from his last seven runners when Better Getalong tackles the £15,800 Tennent’s Lager Handicap Hurdle (3.05).

“I had a feeling that when the weather played ball it would help them,” Richards said. “We’ve enjoyed a good week and Better Getalong has run a couple of tidy races this season. He seems in good order and the race has cut up a bit. I’m sure he’ll be competitive.”

Donald McCain saddles The Con Man, who drops in grade after finishing fifth behind Nordano in a Class 2 Ascot handicap hurdle last month.

“He seems in good nick and the race and ground should suit him,” McCain said. “It was a tough learning curve for him at Ascot and I think it will have brought him on. He's a nice horse.”

Nick Alexander, who has done well at this meeting in the past, relies on heavy-ground specialist Clan Legend in the opening Tennent’s Light Handicap Chase (1.55).

The ten-year-old arguably delivered a career-best effort when chasing home Nuts Well at Wetherby last time and races off the same mark.

Alexander won with both his Carlisle runners, Manetti and Up Helly Aa King, on Thursday, and is upbeat about the chances of Clan Legend making it three on the bounce.

“He’s in very good form and ran well to be second last time,” he said. “He drops back in trip but that shouldn’t bother him. Any rain overnight would be welcome. He absolutely powers through heavy ground.”

Drumconnor Lad: victory at Ayr would give him a 5lb penalty and a chance of making the field for the Brown Advisory & Merriebelle Stable Plate Handicap Chase
Alain Barr

The biggest threat to Clan Legend could come from Irish raider and Cheltenham entry, Drumconnor Lad.

A winner at Leopardstown when last seen on Boxing Day, he would pick up a 5lb penalty if he won, which would increase his chances of getting into Thursday’s Brown Advisory & Merriebelle Stable Plate Handicap Chase.

Alexander and his daughter Lucy also team up with Off The Hook in the other ITV-televised contest, the Heverlee Mares’ Handicap Hurdle (2.30).

Off The Hook signed off last season with an excellent fourth to the now 145-rated Annie Mc in Newbury’s EBF & TBA Mares’ Final, and would look something of a standout if reproducing that form off 113.

First-time cheekpieces are fitted to try to halt a disappointing sequence of four subsequent defeats, and Alexander said: “We’re hoping they'll help her to concentrate as she's tended to hit a flat spot in her races.

“That Newbury fourth was a fine run, but she’s not been in the same fettle this season. The handicapper has given her a bit of a chance, and it’s a mares-only contest.”