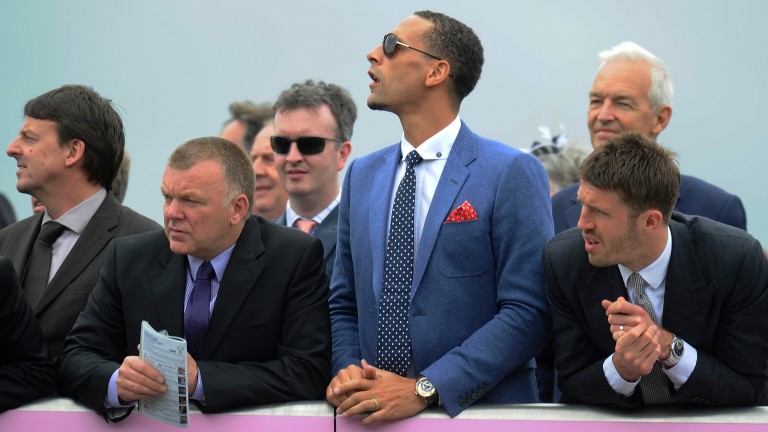 Two years after Victoria Pendleton switched saddles, Betfair have announced their latest sporting crossover: with the bookmaker's backing, former England defender Rio Ferdinand will trade turf for canvas, with the ultimate aim of competing for a boxing title belt.

The project has been christened 'Defender to Contender', an echo of Olympic cyclist Pendleton's 'Switching Saddles', and will begin with Ferdinand applying for a British Boxing Board of Control licence before taking on a succession of fights in 2017 and 2018.

Ferdinand said of the switch: "Boxing is an amazing sport for the mind and the body. I have always had a passion for it and this challenge is the perfect opportunity to show people what's possible.

"It's a challenge I'm not taking lightly, clearly not everyone can become a professional boxer, but with the team of experts Betfair are putting together and the drive I have to succeed, anything is possible."

Woodhall said: "In all honesty, I think Rio can definitely box as a professional given time. He has natural power in his right hand, is extremely fit and is very enthusiastic to learn, which is encouraging.

"Style wise he's very raw and I'll have to develop this which will take time but he has all the natural ingredients, height and reach advantages over boxers in his weight division and definitely has potential to win a title in the future."

As well as Pendleton, Ferdinand can draw inspiration from former England cricketer Andrew Flintoff, who won his only professional boxing bout in 2012, two years after his initial retirement from cricket.

Former Olympic cyclist Victoria Pendleton made the transition to race-riding in March 2015 and spent 12 months in intensive training to make the Foxhunter Chase at the Cheltenham Festival.

Following a mixed set of results on the track and intense public and media scrutiny, Pendleton finished fifth on her mount Pacha Du Polder at Cheltenham, describing it as "probably the greatest achievement of my life".

Pendleton scaled back on her race-riding afterwards, but remains involved with racing, including making appearances on ITV as a pundit. Pacha Du Polder won the Foxhunter in 2017 with Bryony Frost aboard.

FIRST PUBLISHED 12:13PM, SEP 19 2017
It's a challenge I'm not taking lightly, clearly not everyone can become a professional boxer