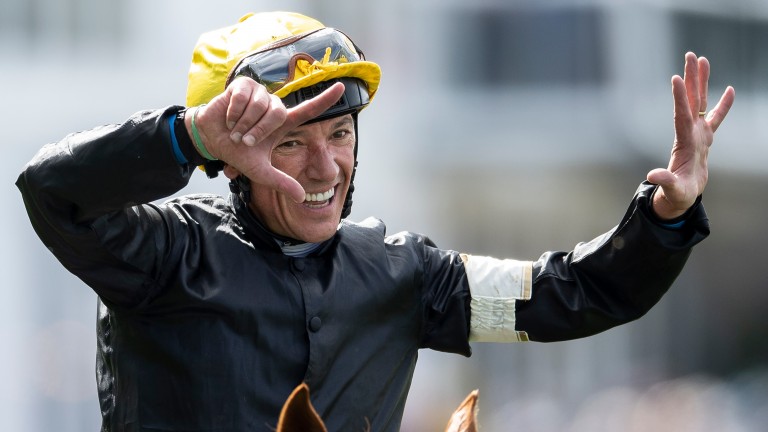 Sky Bet punters were unable to place multiples that included all of Dettori's three bigger-priced rides – Rose Of Kildare (2.30), Marie's Diamond (3.05) and Emblazoned (4.20).

Michael Shinners, spokesman for Sky Bet, said before racing: "It's unfortunate but a decision has been made by traders to restrict multiples on the three bigger-priced Dettori rides.

"Punters will not be able to place all those horses in trebles and upwards but it's due to the sheer size of liabilities we have been accruing in previous days.

"After Thursday we're still fractionally behind across the meeting but there's very little in it."

Bet365 maintained their stance from Friday in refusing five-folds on Dettori's mounts.

The online firm on Saturday took bets on singles, doubles, trebles and four-folds.

Punters were left frustrated when unable to place four or five-horse accumulators on his mounts with bet365 on Friday, one day on from Dettori landing the first four races on Gold Cup day in a 449-1 four-timer spree.

Pat Cooney, spokesman for bet365, said at 11am on Saturday: "It remains not an option to place five-folds at this stage. It was a decision made by the board and that’s the stance they've taken after Thursday."

Please be aware that @StarSports_Bet are more than happy to open accounts to Punters who wish to place Yankees, Accumulators & other such multiplebets

Cooney said: "Although it was a bad day on Thursday, the four winners were not as catastrophic as we thought. They were all single-figure prices, while races five and six were in the fiercely tough handicaps. There were a lot of punters who backed the four winners and didn't include the final two legs.

"It would have been horrendous if Turgenev had landed the Britannia – that really would have opened the floodgates – but the fact Frankie had won the first four races guaranteed it was a losing day.

"Friday was very good, though, so we're in front for the week, which is odd considering half of the races have gone the way of Frankie Dettori or Ryan Moore's mounts, so we're relieved to be in that position."

Coral and Ladbrokes continued shop and online trade as usual for the final two days of the meeting and reported Dettori multiples to be very popular after the rider's Gold Cup day heroics. 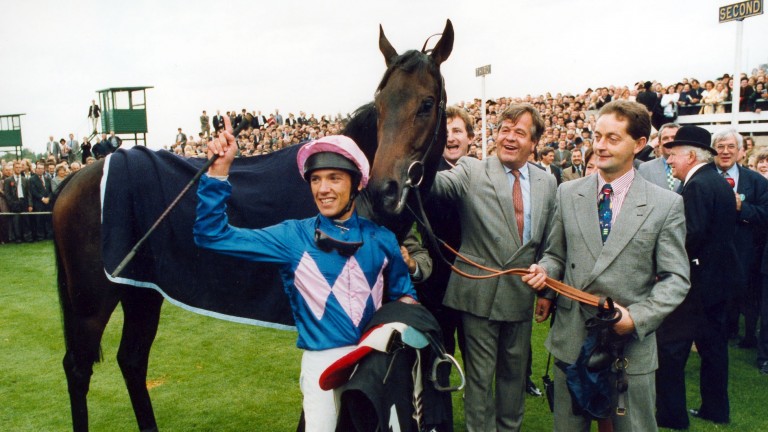 Coral’s David Stevens said: “There was no reason for us to restrict any Dettori multiples and it’s a very popular bet.

“It was a great day for punters on Thursday with Frankie’s four-timer and punters have been doing multiples on his rides ever since the Magnificent Seven.

“It’s our job to manage liabilities and have discretion regarding stakes but there was never any chance of us restricting these bets.

“They are very common bets and if it’s 23 years until Frankie does it again we’ll be very happy!”

Nicola McGeady, head of racing PR at Ladbrokes, said: "We're a bookmaker at the end of the day and that’s what we do. We were still going to take these multiple bets and we had to fancy our chances that a similar scenario would not pan out again.

"Frankie only had the one winner on Friday but we had never seen so many people putting on these type of bets."

None of the firms disclosed their liabilities.

FIRST PUBLISHED 12:53PM, JUN 22 2019
It was a decision made by the board and that's the stance they've taken after Thursday