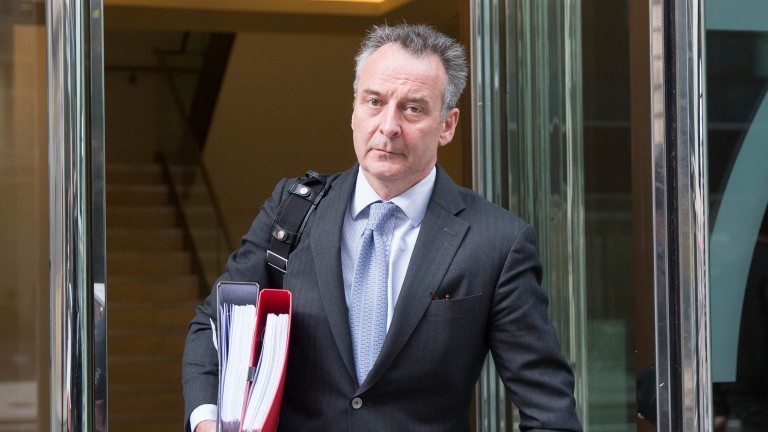 Jim Best has been found guilty for a second time of ordering jockey Paul John to stop two of his horses and been given a six-month ban from training.

The punishment was handed down on Monday – only eight months after the trainer, in stark contrast, had been given a four-year disqualification for the same offence. That punishment had to be rescinded owing to the BHA's botched handling of the case.

Best told the Racing Post on Monday night: "I have been found guilty, but I maintain I am not guilty of the charges against me, as I always have done, and I will be seriously considering an appeal against the ban."

He added: "The BHA's only witness, [rider] Paul John, has been found to be untruthful and unreliable by the panel, and they also found there had been a deal struck between the BHA and the jockey.

“Yet I have been found guilty – it just does not add up. An appeal will be under serious consideration."

An independent BHA disciplinary panel conducting the rehearing of an inquiry first held in April said the Lewes trainer was guilty of offences that "strike at the heart of racing".

Panel chairman Sir William Gage said the races in which the Best horses Echo Brava and Missile Man did not run on their merits were serious breaches in which Best was guilty of "suborning" a young conditional jockey.

However, despite BHA counsel Louis Weston pressing for a significant a disqualification, the panel ignored his advice.

Gage said the penalty from the first inquiry was "too substantial". "We think in the circumstances, having heard all that has been said, we have reached the conclusion that the proper penalty is that Mr Best's licence should be suspended for a period of six months from today and that there should be no financial penalty."

The panel allowed a seven-day stay of penalty while Best, who did not attend the hearing owing to a "pre-existing commitment", considers whether to appeal.

Best's solicitor Harry Stewart-Moore said: "At least we now have a penalty that isn't, frankly, psychotic, which the first penalty imposed by the Lohn panel was. At this stage we are considering whether or not to appeal.

"We were very surprised by the findings of breach and very disappointed by them. We thought we had done enough to show Paul John was not someone to be believed.

"The panel appears to have agreed with us on that subject, but said when you work backwards from the videos of the races they then corroborate the evidence of an otherwise unreliable witness."

Expanding his argument, he added: "Our point is that you start with the witness first. Looking at the race and saying that's a stopped horse doesn't tell you why the horse was stopped. To get the link you need to believe Paul John and we don't think that is something that can reasonably be done.

"The penalty could have been an awful lot worse, but while we don't agree with the panel on the finding of liability they have at least come up with a proportionate penalty. The first penalty was absolutely outrageous."

The rehearing took place after the findings of the first inquiry in April, which resulted in a guilty verdict and four-year disqualification for Best, had to be quashed over a perception of bias, owing to the disclosure that panel chairman Matthew Lohn had carried out other paid work for the BHA, and the insufficiency of the reasons.

It ruled that it was "overwhelmingly likely" that conditional rider John, 25, gave stopping rides to Echo Brava and Missile Man in races at Plumpton and Towcester in December last year on Best's instructions.

It found Best guilty of both charges relating to the running and riding of the two horses and of a third charge of bringing the sport into disrepute – the same offences he was charged with in April.

Gage said: "We find that Mr John did intentionally ride both horses other than on their merits: that is, these were 'stopping' rides. We also find it overwhelmingly likely that he rode in that way because those were Mr Best's instructions.

"That being so, the findings against Mr Best under rule C45 in respect of both races necessarily follow because he did not give his jockey proper instructions. That leaves the issue of the alleged breach of rule (A) 30.1 which alleges Mr Best is guilty of conduct prejudicial to horseracing."

No question of double jeopardy

Gage said the panel did not accept the rule was a duplicated or alternative charge and there was no question of double jeopardy.

"Rather, we consider rule (A) 30.1 is an additional and separate charge on the basis that not only is giving such instructions inherently prejudicial to the interests of racing but that it is particularly reprehensible if those instructions are given to a conditional jockey for whom the trainer has a general supervisory and advisory responsibility (and if the trainer then lies about what he has done and seeks to blame the jockey for having failed to carry out his instructions)."

The panel was told Best trained a full yard of 32 horses a year ago but was now down to a string of 13. His QC, Jonathan Laidlaw, described the trainer's financial situation as "perilous" and also provided a doctor's note disclosing Best was suffering from "low mood" and "anxiety".

In a plea against a disqualification or suspension, Laidlaw said: "Given the unhappy history of the case, the publicity it has received – and no doubt will continue to receive – he has suffered enough.

"On top of that, to ban him really would be a penalty in no relation to his offending, which is restricted to behaviour over four days now almost a year ago."

FIRST PUBLISHED 3:27PM, DEC 12 2016
We find Mr John did intentionally ride both horses other than on their merits: that is, these were 'stopping' rides. We also find it is overwhelmingly likely that he rode in that way because those were Mr Best's instructions