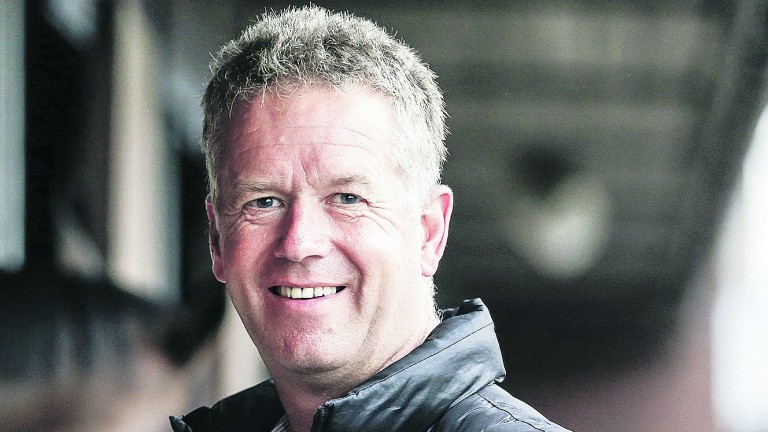 John Best went close to signing off from the annual three-week White Turf meeting at St Moritz on a high on Sunday when Berrahri finished runner-up in the 79th Grosser Preis von St Moritz.

A winner on the ice lake over a furlong shorter a week ago, Berrahri adopted his customary front-running role in the Longines-backed local Group 2 over a mile and a quarter but was reeled in by Nimrod and beaten a length.

The locally-trained winner was confirming form with Berrahri from a clash on the opening weekend of the meeting on February 4, while Best's other runner, Eddystone Rock, failed to make an impression and trailed in tenth of the 12 starters.

Best said: "Berrahri ran another great race to be second to our old rival Nimrod in the Grand Prix. This time he was not allowed an easy lead but battled gamely all the way up the straight to pick up decent prize-money, over £17,000 I believe. Eddystone Rock didn't run that well but he'll be back."

Later on, Best's third runner on the card, Malt Teaser, could muster only seventh of the eight runners behind Hidden Oasis in the Grosser Preis Rennbahn Berlin Hoppegarten, a conditions event over a mile.

Best added: "Overall, the track has been riding really well, with the jockeys all very happy.

"Malt Teaser just wasn’t quick enough for the mile race under Rab Havlin and maybe ice isn't his thing. Generally I would say that the three-week meeting has been very successful."

FIRST PUBLISHED 4:28PM, FEB 18 2018
This time he was not allowed an easy lead but battled gamely all the way up the straight to pick up decent prize-money