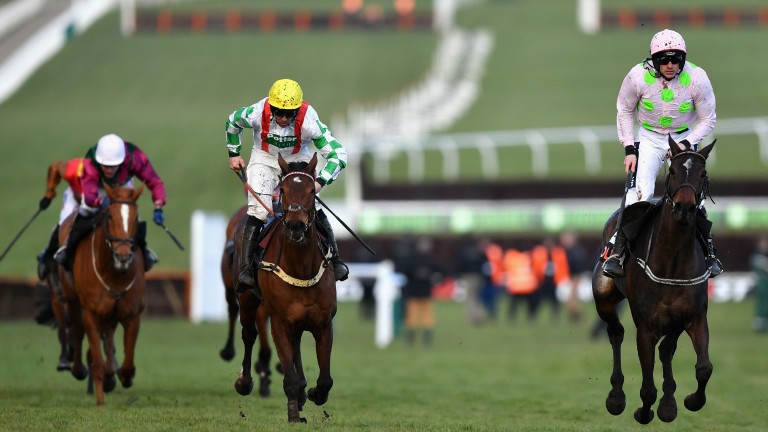 A key part of the festival jigsaw fell into place on Wednesday when Benie Des Dieux was not supplemented for the Unibet Champion Hurdle – setting up a clash of superstars with Honeysuckle or Paisley Park.

The Willie Mullins-trained nine-year-old was as short as 5-2 favourite for the day one highlight, but connections decided to bypass that option and Susannah Ricci's wondermare is 8-11 favourite for the same afternoon's Close Brothers Mares' Hurdle – in which she would meet Henry de Bromhead's similarly talented mare.

Benie Des Dieux is a best-priced 3-1 (with a run) should connections opt to take on Emma Lavelle's reigning Paddy Power Stayers' Hurdle hero on the Thursday.

Ultra-versatile, Benie Des Dieux, who has been mentioned as a possible for Newbury's Ladbrokes Trophy should she ever go back over fences, has previous with the Mares' Hurdle, winning it in 2018 before falling at the last 12 months ago when in full control.

After her fluent comeback win at Gowran Park in January, she was spoken of as being superior to any mare Mullins had trained, including 2016 Champion Hurdle heroine Annie Power.

The French Champion Hurdle winner will not now bid to emulate her former stablemate, but is engaged in the Paddy Power Stayers' Hurdle next Thursday and is the sponsors' 3-1 second favourite behind the popular Paisley Park, who was successful last season.

Mullins, who has won four of the last nine Champion Hurdles, did add the capable Cilaos Emery to this year's field – William Hill went 8-1 about him – and the top trainer is also responsible for Sharjah as the line-up took shape on Wednesday with 19 in contention.

They include ante-post favourite Epatante, who won the Christmas Hurdle at Kempton when last seen.

She remains a solid 10-3 market leader after fears over a coughing scare last week reduced and is one of five contenders for Nicky Henderson, who is aiming for a record-extending eighth Champion triumph.

His nap hand also includes Fusil Raffles, Verdana Blue, Call Me Lord and last year's Triumph winner Pentland Hills, who was no star on the Flat for Chris Wall, but developed into a high-class juvenile hurdler last term.

Much of the groundwork for that lies with Henrietta Knight, who saddled Best Mate to win three Cheltenham Gold Cups and now runs a business helping educate jumpers. 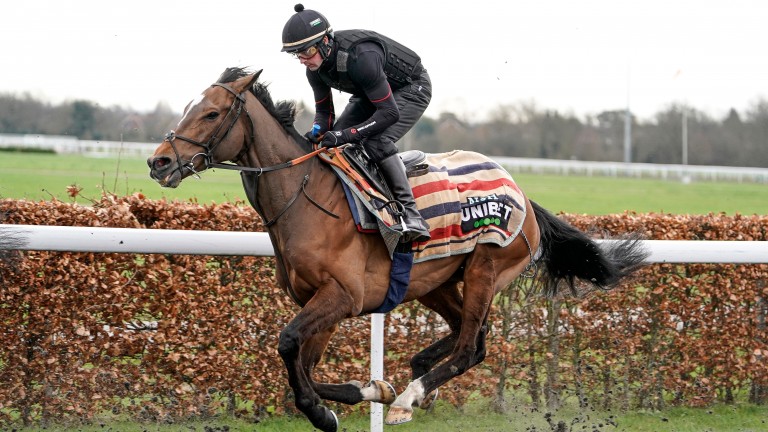 Henderson is a loyal and repeat customer and Knight said on Wednesday: "We started Pentland Hills from scratch when he came off the Flat last year and we've always followed his progress.

"He was very quick and accurate over his obstacles. He was a natural from day one, even though he wasn't rated that high on the Flat nor cost much money. I said to Nicky that he would win him plenty of races."

Pentland Hills, who stretched his legs on the all-weather during an awayday at Kempton last week, is a 5-1 chance and has had his breathing tweaked since finishing second at Haydock in January.

He will be ridden by Nico de Boinville, whose festival could get off to a flyer on the Henderson-trained Shishkin, one of 22 remaining entries in the Sky Bet Supreme Novices' Hurdle on Tuesday, while leading fancy Notebook was confirmed along with 14 other horses for the Racing Post Arkle.

Nicky Henderson: Shishkin has a great chance to get me off to a festival flyer

FIRST PUBLISHED 2:12PM, MAR 4 2020
He was very quick and accurate over his obstacles. He was a natural from day one