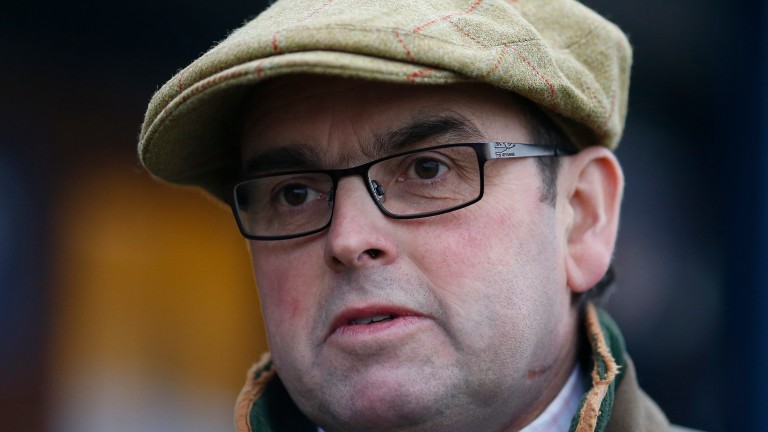 Alan King has decided to bypass Aintree with Redicean, who is not considered to be in good enough to form to take up his assignment in the Grade 1 Doom Bar Anniversary 4-Y-O Juvenile Hurdle on Thursday.

Unbeaten over hurdles before finding the ground too soft in the Triumph Hurdle at the Cheltenham Festival, Redicean was one of the leading fancies for a race in which King has a rich history, but he will now be waited with, and could head to the Punchestown festival.

Writing in his RP Weekender column, King said: "I've made no secret of the the high regard I have for the horse, I think the world of him, and I've won the Doom Bar Anniversary 4-Y-O Juvenile Hurdle at this meeting with Katchit, Walkon, Grumeti and L'Unique in the past.

"But Redicean didn't work as well as he can on Tuesday morning and I think his effort in the Triumph Hurdle at Cheltenham has left its mark. I can't run him on the back of what I saw.

"However, that doesn't necessarily mean that's the end of the season for him. If he pleases me he could still run at Punchestown."

Declarations were revealed for two of the Grade 1s on the opening day of the Randox Health Grand National meeting, with Cheltenham Gold Cup runner-up Might Bite facing seven rivals in the Betway Bowl.

Winner of the Mildmay Novices' Chase at the meeting last year, Might Bite will take on Definitly Red and Tea For Two again, who both finished behind him in the Gold Cup.

King George runner-up Double Shuffle, who was ruled out of the Gold Cup on the morning of the race, has also been declared.

Trainer Nicky Henderson was forced to rule Buveur D'Air out of the Aintree Hurdle on Monday after a bad scope, but still has two chances for the Grade 1 with My Tent Or Yours and L'Ami Serge.

Supasundae and The New One are among the opposition, while French raider Izzo adds some international intrigue.

FIRST PUBLISHED 11:35AM, APR 10 2018
I think his effort in the Triumph Hurdle at Cheltenham has left its mark. I can't run him on the back of what I saw