Bell hoping to be back before Christmas 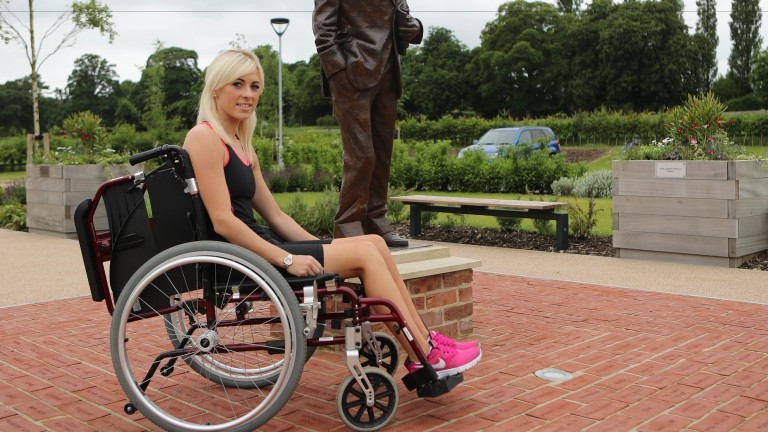 Sammy Jo Bell is hoping to get the all-clear to return to the saddle next month as she nears the end of her rehabilitation from a season-ending fall at Carlisle in May.

Richard Fahey's promising apprentice is now out of a wheelchair and well on the road to recovery after fracturing her pubic bone when her mount, Royal Duchess, reared over and fell on top of her when exiting the paddock at the Cumbrian track.

Bell was initially released from hospital on crutches on the day of the fall before later being sent for a second consultation, which established she needed urgent surgery.

After her reassessment, Bell, 25, had a steel plate inserted into her lower back during three and a half hours of surgery and then spent eight weeks in a wheelchair as part of her recovery, but she is now close to a return to full fitness.

She said on Sunday: "I'm hoping my surgeon will pass me fit to begin riding out when I get an appointment, which will probably be in early December, I'd imagine.

"I've been going into Jack Berry House in Malton most days to build up my fitness in the gym and also have a session with Kevin Darley on the Equicizer one day a week, which has been a great help."

On her road to recovery, she said: "I had eight weeks in a wheelchair to begin with, which was totally non-weight-bearing, and then a spell on crutches, and it's been a long road, as to come from that to being fit to ride out is quite a transformation.

"When I was in a wheelchair it definitely made you appreciate what you have, as I knew I was going to get out of it, so that was a great incentive. The Injured Jockeys Fund has been great all along and I just can't wait to get back."

FIRST PUBLISHED 2:01PM, NOV 6 2016
I also have a session with Kevin Darley on the Equicizer one day a week, which has been a great help