Bell happy to be back in the saddle after injury layoff 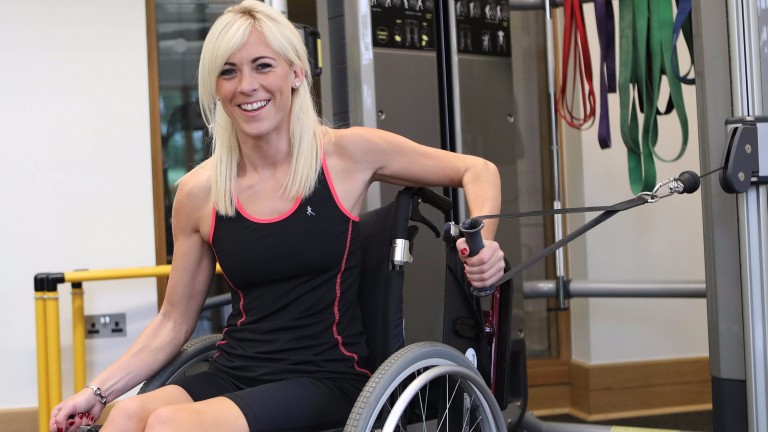 Sammy Jo Bell is hoping to be back riding on a racecourse by next month as she began the new year by riding out for the first time in seven months.

Bell has not ridden since May last year having fractured her pubic bone when she was thrown and rolled on by a horse in a horrific incident at Carlisle.

Part of her recovery involved spending eight weeks in a wheelchair after she underwent three and a half hours' surgery to insert a plate.

But after extensive gym sessions to rebuild her fitness the apprentice rode out for boss Richard Fahey on Monday in the first of what will become daily appearances at his Malton yard.

"It's been a long haul but it doesn't really feel like seven months," she said. "When I rode out it felt like I was never really gone. I rode a yearling and a couple of older horses and everything was okay.

"It would only be normal to be stiff and sore for the first couple of days but at the minute I feel fine. It's tomorrow or the next day I'll probably feel the impact."

Bell was one of the leading apprentices in 2015, when she rode 28 winners, and had partnered eight before getting injured last year.

She said: "My first goal was to ride out in January, which I've achieved. I'm looking at the start of February to race-ride as I feel like I need a few weeks riding out.

"If I ride before that, then I do, there's no real date. I don't want to go back to the track only half-fit after such a long time off.

"I'll be in every day from now on. I've another check up later this month, which is standard. That will hopefully pass me to race-ride."

FIRST PUBLISHED 12:45PM, JAN 3 2017
When I rode out it felt like I was never really gone. I rode a yearling and a couple of older horses and everything was okay