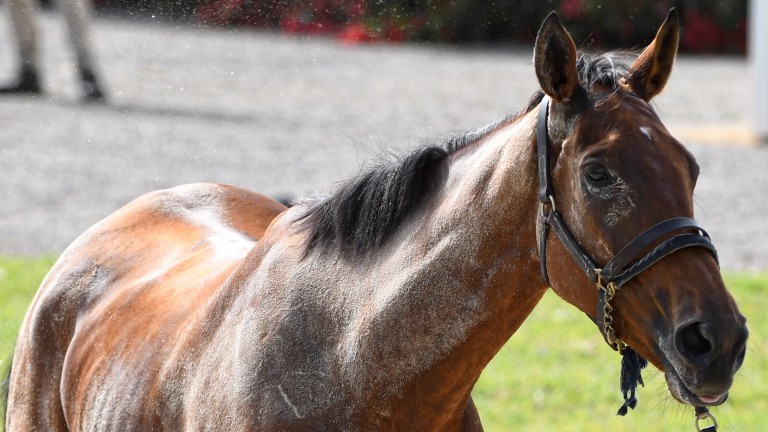 Michael Bell says Big Orange will not throw away his Melbourne Cup hopes by getting into a fight for the early lead but warned his rivals: "If you're going faster than us, you are probably going too fast."

Tuesday's race looks set to produce a battle for the lead in the opening stages, with jockey Tommy Berry promising to turn the contest into a stamina test aboard Japan's Curren Mirotic and Big Orange sure to be prominent too.

Berry firmly believes Curren Mirotic's stamina is his strongest attribute and will be hoping to put it to good use at Flemington.

"We'll make it a real staying test on Tuesday," he said. "He's not a sit-and-sprint type, he's an out-and-out stayer and his form over 3,200 metres is impeccable.

"This horse wants to race up with the pace and if it isn't there to suit us then we'll make it suit us."

Bell, however, gave short shrift to the idea that Big Orange may not be quick enough early on for the Japanese veteran and had a frank warning for Berry and his connections.

"Anything that tries to take Big Orange on is probably going on a suicide mission," he said. "If they want to go on then good luck to them but I would suggest that if you're going faster than us, you are probably going too fast.

"He needs to be handy, he always is. Last year we made the running and we could go a stride faster this year, given when he won the Goodwood Cup he was clocking 40mph after a mile. That was some going to get home having set those fractions."

Bell was speaking after watching Big Orange undertake a piece of light work at the Werribee training centre and remains happy with the condition of his charge having arrived in Melbourne on Thursday.

"He cantered round the whole track and had a breeze up the home straight," said Bell. "I was very happy with it and he stopped blowing after two or three minutes. He's in really good shape.

"This is his second trip here, so he's older, wiser, bigger and stronger. He only needs to have improved a few lengths and he'll be right there."

While Big Orange had plenty of admirers at Werribee, Curren Mirotic's final piece of fast work under Berry raised eyebrows, with the nine-year-old unable to get past his travel companion Curren Glass Jaw.

Berry was keen to put a positive spin on the gallop as he left the training centre though and insisted his Cup mount is in good order.

"It was nice work," he said. "He worked over a mile on Monday and left his partner by five lengths but this morning was a lot sharper and the tracker on him had him working 34 seconds for the last 600 metres.

"He was a bit under riding but that's him and he's fit and ready to go. He's a happy horse, in great condition and he's really enjoying the time here."

FIRST PUBLISHED 10:42AM, OCT 28 2016
This is his second trip here, so he's older, wiser, bigger and stronger. He only needs to have improved a few lengths and he'll be right there

Quarantine nightmare for Cieren Fallon as The Lir Jet misses French Guineas Fallon to give up York rides to partner The Lir Jet in French 2,000 Guineas