Sheikh Fahad: it's unfair to let Ward team gallop on the track 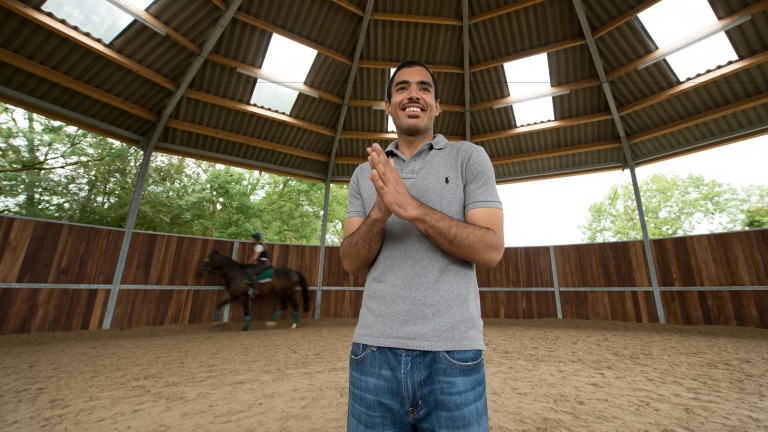 Sheikh Fahad: believes there should be level playing field
Edward Whitaker
1 of 1
By Tom Collins and Jon Lees 8:42PM, JUN 15 2017

Sheikh Fahad on Thursday said it was unfair that US trainer Wesley Ward has been allowed to gallop his Royal Ascot team at the racecourse while domestic trainers are denied the same privilege.

Ward worked King's Stand Stakes favourite Lady Aurelia up the straight at Ascot on Wednesday along with six two-year-olds, after which Newmarket trainer Michael Bell claimed the concession could afford Ward's runners an unfair advantage at next week's meeting.

David Redvers, Sheikh Fahad's racing manager, told the Racing Post: "Sheikh Fahad agrees with the view of Michael Bell and believes it should be a level playing field. If Ascot allows Wes Ward to gallop his horses at Ascot, they should allow everybody.

"Ward has his horses stabled at Newmarket – where the best gallops in the world are situated – it's not like he's without top class facilities. I don't understand why Ward can gallop at Ascot when no-one else can."

He added: "I think Sheikh Fahad and Michael Bell make a fair and valid point – it's not like Wesley Ward has never been to Ascot before. We travel all around the world with our horses and we never have an unfair advantage like this. In fact, in some jurisdictions they make it trickier for us."

The sheikh was adding his support to comments made earlier in the day by Bell, who said: "From my experience of travelling abroad as visitors we don't get any special preference working on the track, so it does seem we are handing [Ward] a bit of an unfair advantage. It's no big deal but it doesn't sit quite right. In a Grand Prix you have grid practice – they are getting grid practice and we aren't.

"With an inexperienced two-year-old, to go on a reconnaissance mission would certainly be beneficial because it is very daunting for two-year-olds. It would be nice to have the option. I believe I'm not the only trainer to raise the subject.

"I can't see why he is allowed it and we aren't. It's justified as being part of the package but maybe it needs looking at. I don't want to be a sore loser but we should be on a level playing field."

The Ward runners were not the first to be allowed a spin on the Ascot course. Kentucky Derby winners Animal Kingdom and California Chrome worked on the track during their visits under a concession that Ascot allows only to runners from outside Europe.

Ascot said Ward was enjoying the same privileges as those extended to British trainers when they compete overseas. At US tracks like Arlington and Belmont, as well as in Japan, Singapore and Turkey, visiting horses are allowed to use the turf every day while locals are not.

Director of racing Nick Smith said: "It is a policy we have applied consistently for many years for trainers outside Europe. We extend the same hospitality to visitors as are extended to horses travelling overseas.

"I don't think it is practical to do it for British trainers. The reason we can do this is it's once a year for a couple of horses, although Wesley had more than normal, but we did it with California Chrome and Animal Kingdom. If you opened it up to local trainers there would be too much demand which would risk the track."

FIRST PUBLISHED 3:30PM, JUN 15 2017
If Ascot allows Wes Ward to gallop his horses at Ascot, they should allow everybody