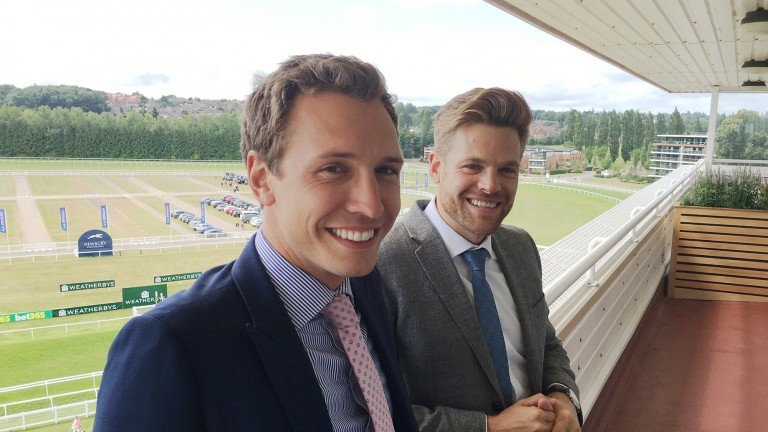 Cricket fans Oli Bell and Tom Stanley were reunited at Newbury on Saturday
1 of 1
By Lee Mottershead UPDATED 7:02PM, JUL 20 2019

The 30,000 fans at Lord's last Sunday, whether supporters of England or New Zealand, experienced the greatest 'I was there' moment of their lives.

All, that is, except racing broadcasters Oli Bell and Tom Stanley. They were there and then they were not. It still hurts.

England became cricket world champions at the end of a monumental encounter that was decided on most boundaries scored after the sides could not be split even following a Super Over.

"It was awful," said Stanley, kicking off a tale of World Cup woe.

"We were sat around some New Zealand fans, who were lovely but loud. When Liam Plunkett was out, and with Kiwi flags flying all around us, we decided England weren't going to win and that we didn't want to see us lose.

"I'm not trying to point the finger, but Oli, who had kindly invited me, did leave just before me. I think he would be the first to say he did lead the charge. Admittedly, I could have stayed put, and I didn't have to leave, but taking the all for one, one for all approach, I went with him and we left." 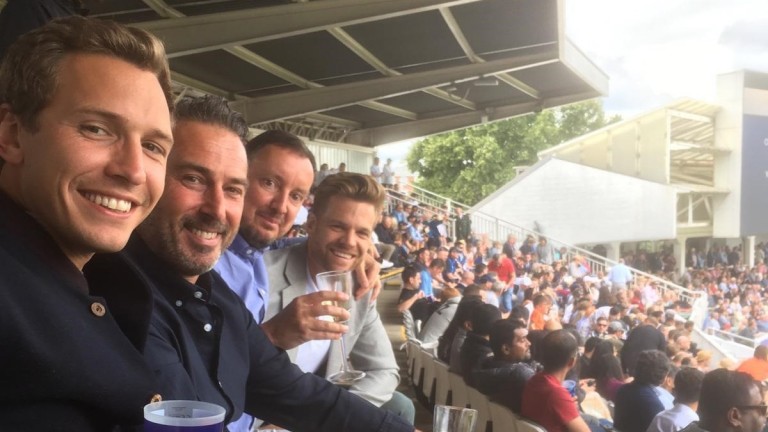 It was quickly apparent to the friends that this had not been an altogether satisfactory decision.

"If anything, we were unlucky," said Stanley. "The exit was very close to where we had been sitting. Had we been sat somewhere else, we wouldn't have literally just exited the ground through the iconic Grace Gates at the precise point when Ben Stokes hit the six that helped to turn the game around.

"We immediately decided we were insane and had to go back in. Unfortunately, as we hadn't picked up a pass-out slip we legally weren't allowed to re-enter Lord's, even though we still had our tickets.

"Oli then suddenly said he had an idea. We went to a different gate, where he claimed to be related to one of the England players. The guy at the gate asked which one and, I presume because Ben Stokes was still batting, Oli declared he was Ben's brother.

"The guy said he would let us in if Oli could prove it, so he asked to see some ID. The brazen manner in which Oli took out his driving licence made me assume he was pulling some Derren Brown-style trick of the mind act. Sadly for us, the man looked at Oli's ID, smiled, and pointed out it said Bell not Stokes. 'He's my half-brother,' said Oli, but the man just laughed us off and that was that."

Bell, who admits liquid refreshment had been taken, explained: "The reason I said Ben Stokes was I knew I had to try any possible blag. I could see this had the potential to be the greatest sporting moment that will happen in my lifetime. I plucked something out of the air, hoping the guy would appreciate I was trying hard. I wasn't helped by the fact someone then shouted out the words, 'Oli from ITV Racing'." 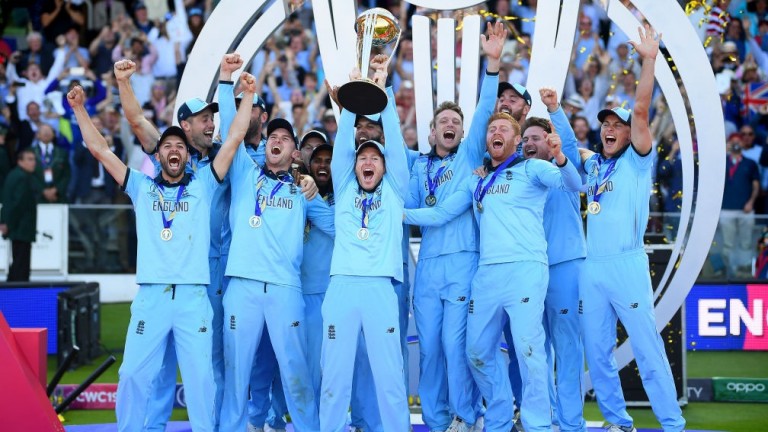 Their cause was lost. The match was not.

"We experienced the end of the game craning our necks over a gate," said Stanley. "Oddly, we were helped by a group of around 50 Indian fans, who let us stand in front of them because they thought Oli was related to Ben Stokes. My final memory of the day was at the point when England won, five or six those Indian fans jumped on Oli, screaming the name 'Stokes'. Then we left."

Stanley added: "I would be lying if I said for every moment of the Super Over I wanted England to win. The only way the blow of leaving could have been softened was had New Zealand won. But they didn't.

"It was a very painful last hour and I've had a few nightmares about it since. My wife, Lauren, even sent me a video from Sky's coverage, in which Nasser Hussain states not one person has left the ground."

Two people did leave the ground, yet although the duo missed that magic moment they have an incredible story to tell for the rest of their lives. In time that may provide some consolation. Not right now, clearly, but hopefully in time.

"I'm gutted," said Bell. "Sky keep playing the winning run-out in every commercial break. Every time it's a kick in my stomach."

FIRST PUBLISHED 12:55PM, JUL 20 2019
The brazen manner in which Oli took out his driving licence made me assume he was pulling some Derren Brown-style trick of the mind act