Beckford to be trained in America after Breeders' Cup fifth 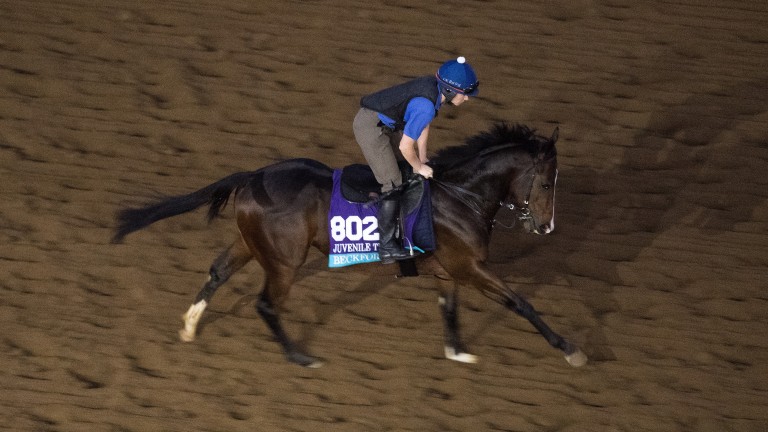 Beckford finished a respectable fifth in the Breeders' Cup Juvenile Turf and will continue to race in America
Edward Whitaker
1 of 1
By Mark Boylan UPDATED 5:55PM, NOV 6 2017

Gordon Elliott's burgeoning Flat career has been dealt a blow following the news that juvenile star Beckford will continue to race in America after his fifth place in the Breeders' Cup Juvenile Turf.

While it is unclear who will take over the Bated Breath colt's training in the United States, Elliott reported his two-time Group 1 runner-up is still in the ownership of Newtown Anner Stud Farm.

He said: "Beckford is going to race in America and he'll remain in training out there. I'm not sure who will be looking after him."

The Group 2 Railway Stakes winner put Elliott on the map during his first Flat campaign and acted extremely effectively on the fast ground and tight turns of Del Mar last week.

"He ran well on Friday and is still in the same ownership," the trainer added. 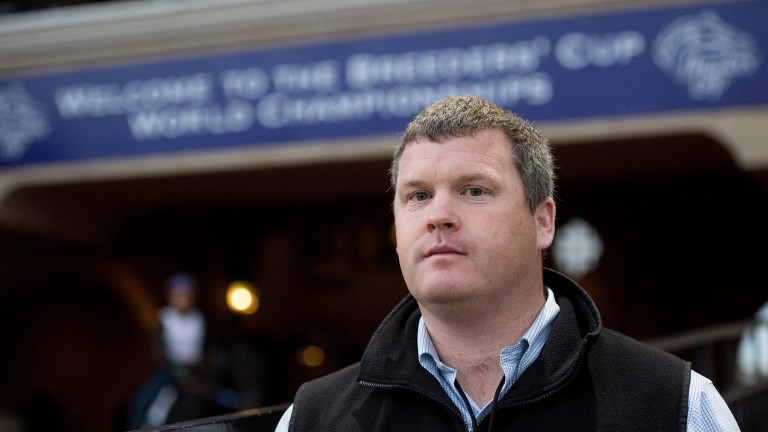 Gordon Elliott at Del Mar last week ahead of the Breeders' Cup
Edward Whitaker (racingpost.com/photos)
Elliott also revealed that he will be appealing against the stewards' running and riding charge, under rule 212(a), imposed on him following the run of Suitor in a Down Royal maiden hurdle on Saturday.

The trainer was fined €2,000, the horse suspended for 42 days and Jack Kennedy was given a five-day ban along with the forfeiture of his riding fee.

Kennedy will also be appealing against the stewards' verdict.

FIRST PUBLISHED 4:53PM, NOV 6 2017
Beckford is going to race in America and he'll remain in training out there. I'm not sure who will be looking after him