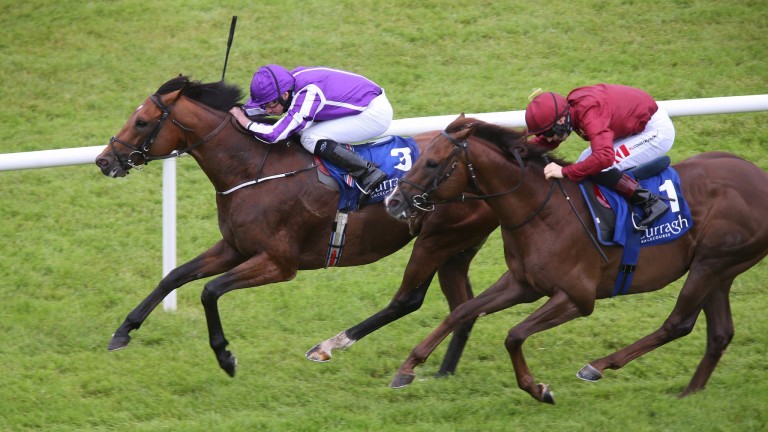 Chemical Charge goes on trial for a possible tilt at the Dubai World Cup Carnival, which starts next month, in the Listed Prix Max Sicard at Toulouse on Sunday.

The Ralph Beckett-trained four-year-old is set to face 15 rivals in the €60,000 contest over a mile and a half, in which he will be partnered by Gregory Benoist.

The son of Sea The Stars has not long returned to Beckett after a spell in Ireland and ran a great race for the Andover trainer when second to Crimean Tatar in the Listed Wild Flower Stakes at Kempton last month.

Twice a winner for Beckett as a youngster, Chemical Charge then had a year off through injury but resurfaced in Ireland in the summer, where he finished runner-up for Ger Lyons on three occasions, including in a Group 3 at the Curragh.

Chemical Charge is likely to tackle soft ground for the first time at the south-western France venue, but connections are unconcerned.

David Redvers, racing manager to owner Qatar Racing, said: "Chemical Charge ran a great race considering the time off he's had when second at Kempton, when he had some nice types behind him.

"We're rather a slave to fortune in a big field and a tight track at Toulouse, but Colin Keane, who rode him in Ireland, always insisted he'd be better on soft ground, so we'll see how we go."

He added: "If he wins or runs well we may have a look at the Dubai Carnival with him."