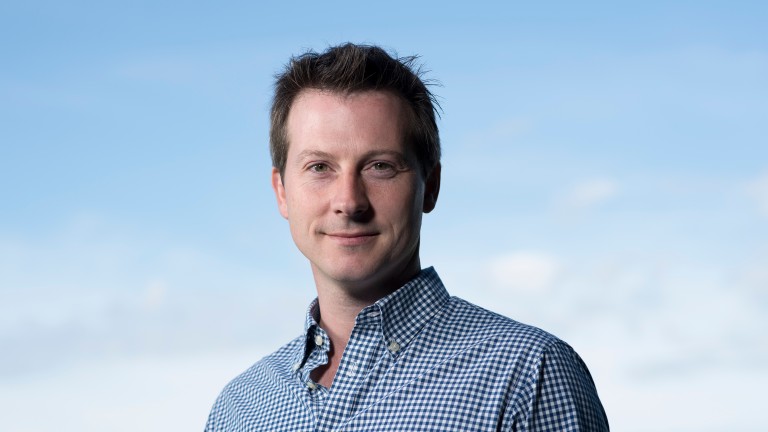 Newmarket trainer James Tate is so concerned about the current heatwave he has decided not have any runners at some afternoon meetings this week.

The mercury was already at 24C at 10.15am on Warren Hill at headquarters on Tuesday morning and like most local trainers, Tate is taking no chances with afternoon temperatures set to hit 28C for the rest of the week in East Anglia.

Tate, a qualified vet, has been pulling his string out early to beat the heat just like every other trainer in Newmarket.

He said: "We've been pulling out pretty early before 6am and the aim now is to have everything off the heath by 11am. We make sure the horses are well hydrated and we do this by increasing the amount of electrolytes we put in their feed.

"Electrolytes are like salt and it makes them drink more. In the afternoon we may hose one or two down in the yard but it's the runners that are the problem." 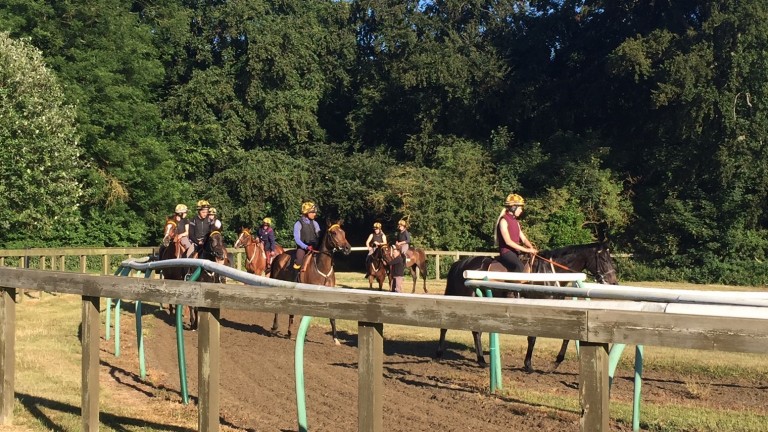 Sir Mark Prescott's team circle at 7.15 am on Tuesday when it was already 17C
Tate has multiple entries this week but may not have that many runners, particularly at afternoon fixtures. He said: "It's not so bad at the evening fixtures as it's cooling down a bit but we have entries at Nottingham on Thursday and Yarmouth on Friday and both are in the afternoons which is a concern.

"It could be a bit of a heat ordeal for some and we've decided against trekking up to places like Newcastle and Hamilton."

Tate's counterpart George Margarson pulls his string out early anyway so he is well prepared for the hot spell although he has altered his travel plans to the races this week to counter the heat.

He said: "We run Technological at Salisbury on Wednesday and ordinarily I would be sending him this lunchtime but a four-hour trip in the middle of the day could be an ordeal so we're sending him at 4am tomorrow instead.

"The idea is that when he gets to the races the box at the stable yard will be cool rather than hot as it will by teatime if we'd stuck to what we usually do. Then he can have a drink and a lead out before it gets too hot."

John Gosden has plenty of experience of heat having trained in California in his younger days and he was another to set the alarm clock earlier than usual on Tuesday.

He said: "We've pulled out earlier than usual this morning because of the heat but it's not humid heat which is a blessing. We can't move the racing so we'll just have to get on with it." 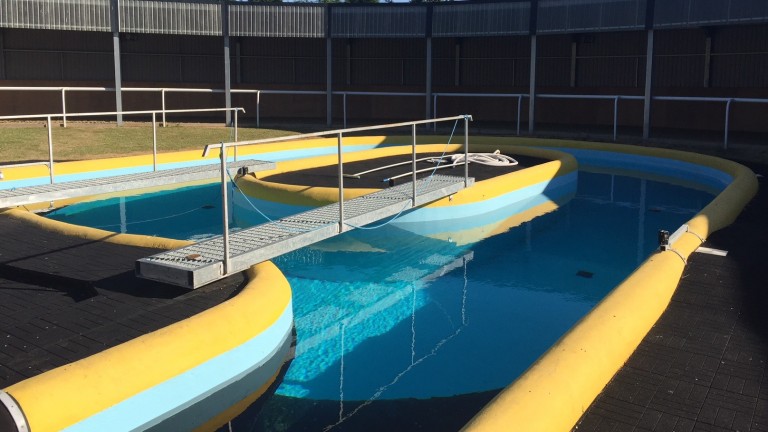 He said: "Usually we take both first and second lots across town but we won't be doing tomorrow as it's so hot. We can give one or two a swim if they are getting very sweaty but we are lucky in that regard."

FIRST PUBLISHED 12:45PM, JUN 26 2018
It could be a bit of a heat ordeal for some and we've decided against trekking up to places like Newcastle and Hamilton

Can one-of-a-kind Jim Bolger pull off more Group 1 heroics with Poetic Flare? Varian has 'ambitious plans' for Line Of Departure after cool Listed success Key turf figures from past and present turn out to say goodbye to Barney Curley Cieren Fallon's advice 'worked a treat' as Anjella seals breakthrough success