Battle of the O'Briens as Aidan, Joseph and Donnacha dominate Gallinule field 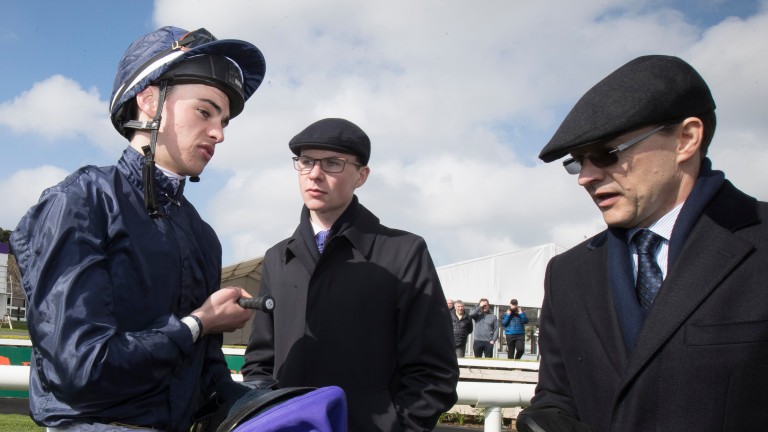 Donnacha O'Brien (pictured in his riding days, left) will be up against his father and brother in the Gallinule
Patrick McCann (racingpost.com.photos)
1 of 1
By Brian Sheerin UPDATED 7:21PM, JUN 11 2020

A fascinating race, not only because there are some classy colts on display but Aidan O'Brien and his sons Joseph and Donnacha are also represented in this Group 3 that usually throws up a classy stayer for the future.

Aidan chinned Joseph in this race last season when Constantinople grinded Buckhurst down at the line, becoming the 16th (yes, 16!) winner of the race for the Ballydoyle maestro.

There have been some classy winners on that list, including Leading Light and Adelaide, while the former master of Ballydoyle, Vincent O’Brien, won this contest back in 1977 with dual Arc victor Alleged.

Whether there is a horse of that quality in this line-up is unlikely, but the Ballydoyle challenge appears strongest again and it is headed by Mythical, the top-rated in the line-up, while stablemate Toronto would need to show massive improvement to get involved.

Joseph O'Brien's duo, Choice Of Mine and Crossfirehurricane, have the benefit of a couple of runs under their belt at Dundalk during the winter.

Crossfirehurricane is unbeaten in three starts, including when getting the better of Choice Of Mine in the Listed Patton Stakes over a mile back in February. Both colts rate as potential smart middle-distance types, but will need to improve to beat Mythical. 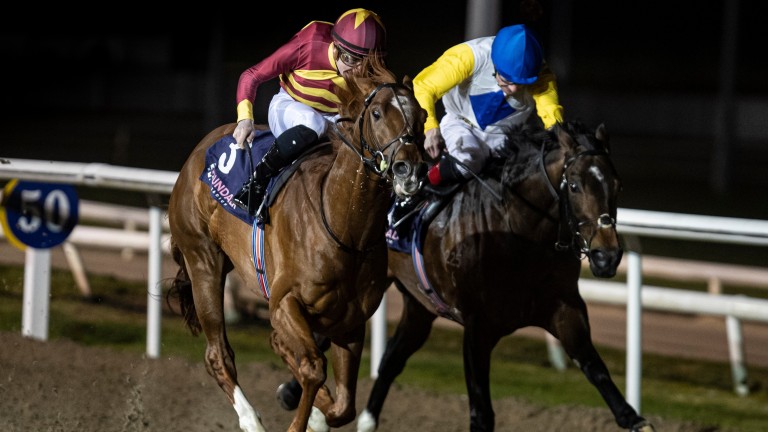 Crossfirehurricane (left) gets the better Choice Of Mine at Dundalk in February. Joseph O'Brien's pair face off again here
Patrick McCann

Donnacha O'Brien was successful aboard Sherpa in a Roscommon maiden over 7½f last term, but his runner will also need to improve plenty to get involved.

Joseph O'Brien, trainer of Choice Of Mine and Crossfirehurricane
They're both progressive colts. They've been doing very well on the all-weather, heading on to the turf. It's a bit of a step up but we're hoping they can acquit themselves well. Neither of them have done anything wrong but this represents a step up.

Jessica Harrington, trainer of Gold Maze
I just hope we get enough rain for him to make the ground safe. He hasn't run since he was third in the Beresford, he's a big horse who's done a lot of growing and I hope he can put up a good show.

Aidan O'Brien, trainer of Mythical and Toronto
Mythical is a horse we have always liked. He'd a lovely run at the back end in France over a mile and a quarter last year and won his maiden at Gowran nicely. Toronto won his maiden and was a little bit disappointing after that. We're looking forward to getting the two of them started.

Donnacha O'Brien, trainer of Sherpa
He's in good form and his work is very good. Obviously this is a step up in class, but I think conditions should suit and we're hoping for a good run.

FIRST PUBLISHED 6:00PM, JUN 11 2020
Mythical is a horse we have always liked. He'd a lovely run at the back end in France over a mile and a quarter last year and he won his maiden nicely