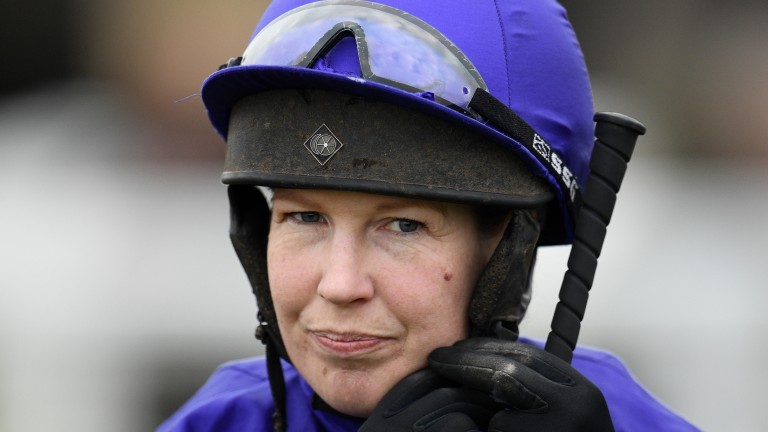 Lucy Gardner hopes to resume riding at Newton Abbot on Saturday after emerging relatively unscathed from a fall at Fontwell last Friday.

Gardner was partnering outsider Indian Harbour for her mother Sue in the opening handicap hurdle but her mount was brought down at the third-last.

The rider missed her other two intended mounts on the card, He Is Rosy and Bredon Hill Lad, which were taken by Harry Bannister.

"I’m a bit battered and bruised, but otherwise fine," reported Gardner on Tuesday. "I took myself to hospital on Sunday just to get checked over and got the all-clear. I’m taking a few easy days but plan to be back at Newton Abbot on Saturday."

Gardner is enjoying her second most successful campaign in terms of prize-money, with Trans Express, on whom she has won three times this season, the most significant contributor to her haul of £82,562.

FIRST PUBLISHED 7:00AM, APR 17 2019
I took myself to hospital on Sunday just to get checked over and got the all-clear