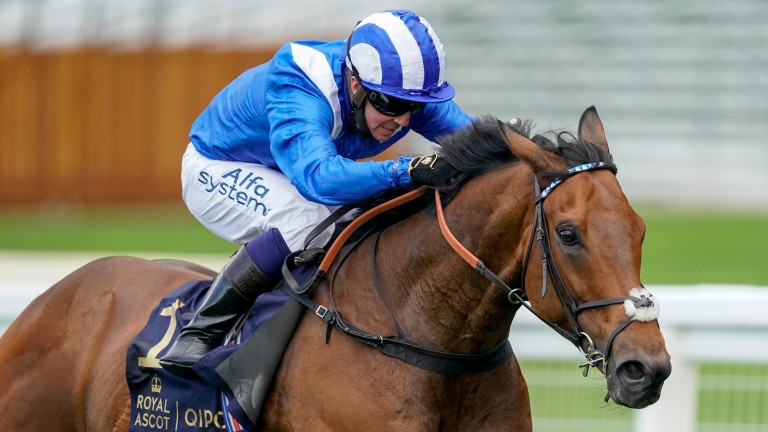 Battaash: bidding for his fourth King George triumph at Goodwood
Alan Crowhurst
1 of 1
By Kitty Trice UPDATED 10:47AM, JUL 26 2020

The brilliant Battaash could face up to eight rivals in his bid to land a record fourth King George Qatar Stakes at Glorious Goodwood on Friday, as day four entries for next week's festival on the Sussex Downs were revealed on Saturday.

Charlie Hills's superstar sprinter, who broke his Royal Ascot duck last month in the King's Stand Stakes, has won the 5f Group 2 for the last three years and will likely start a warm order to land a fourth straight success.

Khaloosy, a hugely impressive winner of the Britannia at Royal Ascot and another owned by Sheikh Hamdan, looks set to step up to Group company in the Bonhams Thoroughbred Stakes. 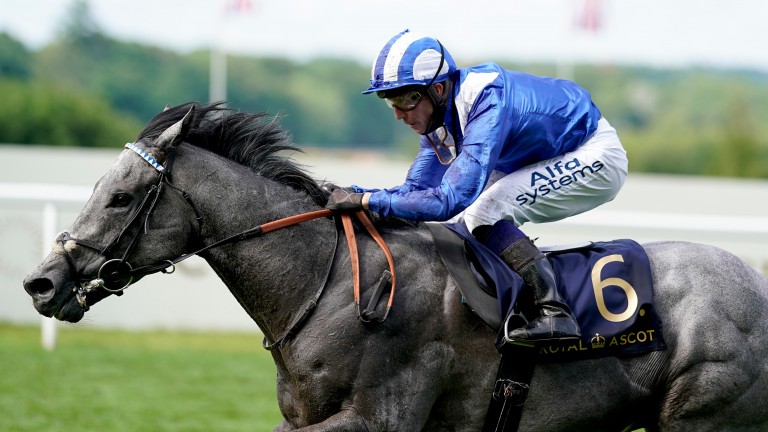 Khaloosy: could step up to Group company at Goodwood on Friday
Alan Crowhurst

The son of Dubawi tore a high-quality field apart when striding four and a half lengths clear of Finest Sound to win the Britannia. Among his potential rivals is Lord Campari, My Oberon, Mystery Power, high-class maiden Ropey Guest and Tilsit, who cruised to a 19-length victory in his novice race at Newcastle last month.

Boomer, a Group 3 winner at the track last year, is one of 20 entries for the Saint Clair Oak Tree Stakes, the third Group 3 on Friday's card. Under The Stars, So Wonderful, One Master and Agincourt are the other notable names to feature among the entries.