Battaash: the star sprinter returns to action at Haydock
Martin Lynch
1 of 1
By David Baxter UPDATED 6:56PM, MAY 24 2019

Is bad behaviour a thing of the past for Battaash?

If his hotheaded tendencies have been consigned to the past, then Battaash could be ready to take the sprint division by storm again.

At three the son of Dark Angel could do no wrong, winning four of his five starts, including the Group 1 Prix de l'Abbaye.

While the wheels did not come off entirely last season, there was cause for concern as the sprinter's temperament got the best of him on a few occasions when heading down to the start or in the stalls.

The five-year-old still won this race and the Group 2 King George at Goodwood, so it was hardly a disastrous campaign, but trainer Charlie Hills thinks Battaash's mindset is now more zen than ZZ Top.

"I feel really happy with him, he did a nice piece of work on Wednesday and we're all ready for tomorrow," Hills said on Friday. "He seems much more at ease with himself and hasn't put a foot wrong this year."

Regular partner Jim Crowley has also noticed a difference in Battaash's demeanour this season, and said in his Coral blog: "Normally you ride him with your feet on the dashboard when you’re going up the gallops, but this year he’s much more relaxed, Dane O’Neill has ridden him in a lot of his work and has done a good job on him, so it’s a real team effort.

"He does need things to go right for him but he’s more relaxed now so that should help me ride more of a race on him."

With no Group 1 penalty to shoulder this time, and a smaller field, Hills believes there is plenty in Battaash's favour as he bids to follow up. "We were drawn on the other side to Kachy last year and it is handier to be a lot closer to him," he said.

Can Kachy translate his all-weather form to turf?

Kachy was uncatchable on the all-weather over the winter, winning three times with his latest victory a beguiling display of controlled speed and aggression when he flew out of the stalls for a three and a quarter length success on All-Weather Championships Finals Day at Lingfield. 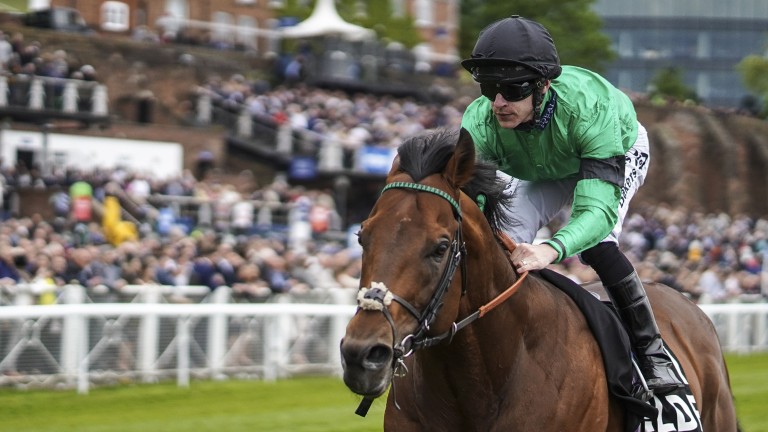 A wind op before those trio of victories certainly helped the six-year-old take his form to another level, but now he faces a different challenge, dropping back to five furlongs and running on turf.

While far from ineffective on grass, having finished second in the Group 1 Commonwealth Cup in 2016, Kachy does need to bring his A-game to Haydock after a close third in the race last year.

Trainer Tom Dascombe said: "He got five pounds from Battaash last year and Battaash still beat him and this year we run off levels so we're up against it. The horse is fit, happy and healthy so we'll see how we get on. There's only six runners but any of them could win. It's pretty competitive."

Will the race fall right for Mabs Cross?

With so much pace on tap in the race, there is a scenario where it could pay to sit back early and strike late, which is exactly what Michael Dods hopes will happen with Mabs Cross.

The five-year-old mare loves coming from behind to run down her rivals, although the Group 1 penalty she incurs for last season's Abbaye victory makes life tougher.

Dods said: "She's well and although it's a small field there's a lot of speed there. They're going to go very quick which suits her but it's a tall order with the penalty. Whatever happens I'm sure she'll put up a good performance."

Could Alpha Delphini provide another surprise?

Last season's Nunthorpe was memorable for a photo-finish between Alpha Delphini and Mabs Cross which took what felt like an eternity to decide.

The verdict in the York Group 1 went to the 40-1 shot, much to the delight of trainer Bryan Smart, and he is looking forward to getting the eight-year-old's season up and running.

"He's wintered well and looks great," Smart said. "The horses that have had a run will have the upper hand as he hasn't run for a while. He's got to start somewhere and I'm very happy with him."

Can one of the two outsiders upset the form book?

Kingsgate Native managed to win the race as an eight-year-old in 2013, but Caspian Prince would really strike a blow for the veterans if triumphing as a ten-year-old. 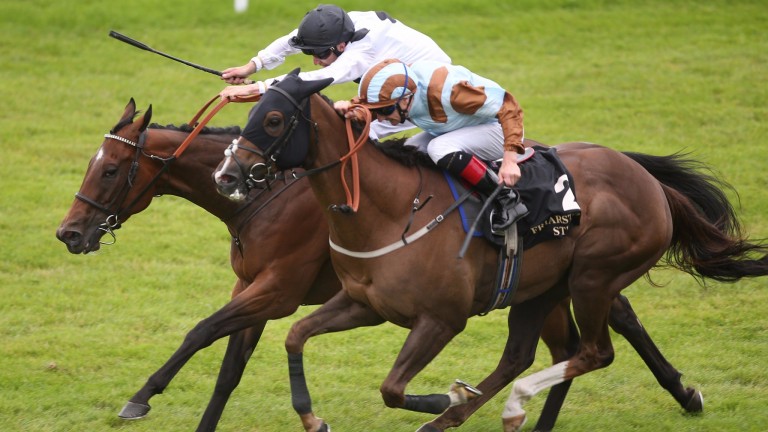 Caspian Prince (nearside): has been a fine campaigner over the years
Caroline Norris (racingpost.com/photos)

Not seen since finishing down the field in the Nunthorpe last August, Caspian Prince has been a fine servant for a variety of trainers, and is in the care of Mick Appleby, who said: "He's in good order. It's a tough race and should run well. He'll probably come on for the run."

Completing the field is Pocket Dynamo, who is at the other end of the age spectrum as the sole three-year-old in the field. Trained by Robert Cowell, the colt has already raced against some useful rivals this campaign, finishing runner-up to Garrus at Nottingham and then taking fourth behind Calyx at Ascot last time out.

FIRST PUBLISHED 6:00PM, MAY 24 2019
He seems much more at ease with himself and hasn't put a foot wrong this year