Bath and Worcester braced for rain and ease in ground 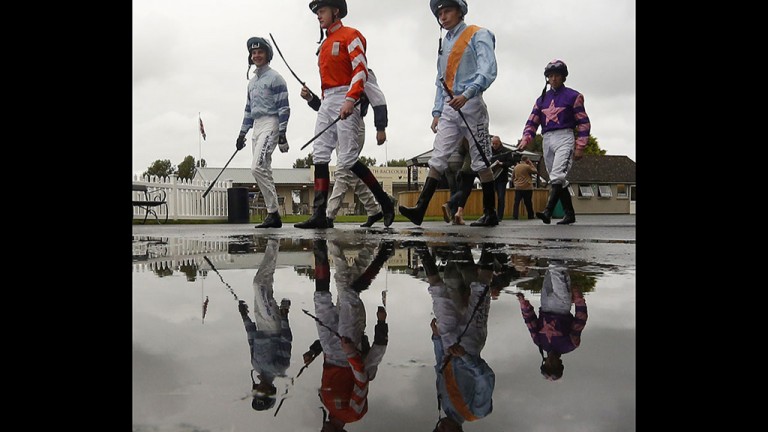 Officials at York are not the only ones on weather watch, with both Bath and Worcester likely to be affected by the band of rain forecast to be spread across a large area of England and Wales on Wednesday.

The going at Bath remained firm, good to firm in places on Tuesday afternoon but clerk of the course Katie Stephens warned of the potential for up to an inch of rain before Wednesday's seven-race card gets under way at 5.20.

"We've had 5mm so far [on Tuesday] and the rain looks set to continue overnight and into [Wednesday] morning and the early afternoon," said Stephens. "We're probably heading towards 50-50 firm and good to firm now and, having just spoken to a forecaster, if we were in the eye of the storm between now and racing, we could well get an inch.

"If we're on the lower amounts it might only be 5-10mm but I don't think we're going to escape getting quite a bit more rain."

Further north at Worcester, where a seven-race jumps card is scheduled to start at 2.00, clerk of the course Libby O'Flaherty is also braced for rain, with the going good to firm, good in places on Tuesday.

"We're forecast between 8mm and 12mm on Wednesday," said O'Flaherty. "The rain is going to start at around 10am and it won't stop until after racing.

"[On Tuesday] we've had 2.5mm and it was still raining when I left the course. There is more rain forecast for the evening and the ground may ease depending on how much rain we get during racing."