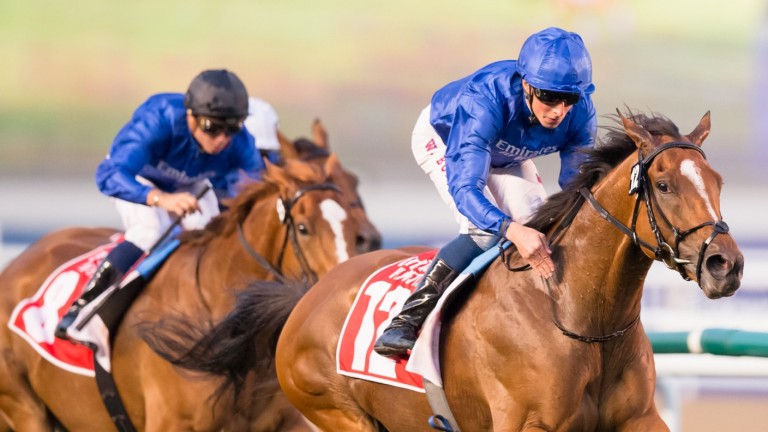 Barney Roy stole the show at Meydan with an impressive win in the Group 1 Jebel Hatta as the track's Super Saturday card was played out behind closed doors due to coronavirus concerns.

The meeting, which is essentially a dress rehearsal for the Dubai World Cup card in three weeks' time, largely proved a Godolphin benefit as Barney Roy led home a Jebel Hatta first four for the owners.

Settled well off the pace by William Buick, the six-year-old, who returned to training last year after an aborted spell at stud, made his move wide in the straight under his supremely confident rider, sweeping past James Doyle on stablemate Spotify, who lost second in the final furlong to Magic Lily.

All three are trained by Charlie Appleby and they were followed home in fourth by Dream Castle, winner of the race last year, for Saeed bin Suroor.

It was Barney Roy's first Group 1 for Appleby and second of his career, adding to the top-level victory he had when trained by Richard Hannon in the 2017 St James's Palace Stakes.

Buick said: "I’m very happy with him. We had a very tricky draw in 12 and I had to ride him the way I did. There were a lot of horses in the race with very little chance, but we still had to pass them all. 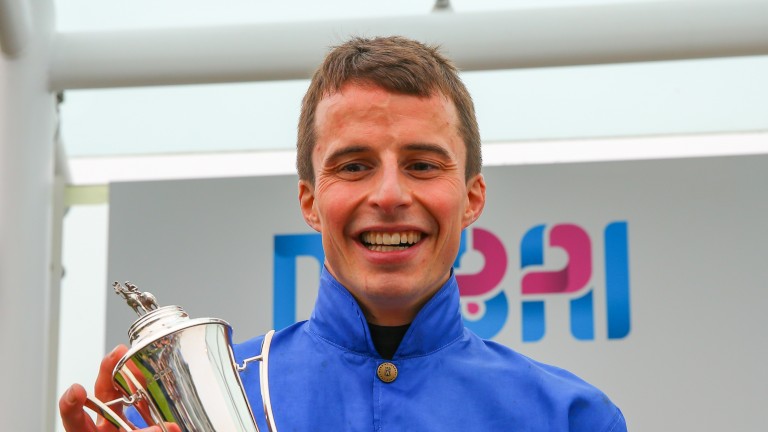 William Buick: "He has a nice cruising speed, which is helped by his big stride"
Mark Cranham

"He travelled very strongly into the race. I brought him out into the straight and he picked them up easily. He has a nice cruising speed, which is helped by his big stride, but also he loves a flat track like Meydan, where he can use that stride.

"It’s a testament to the horse and the team at home, who have done a great job with him ever since he stepped into the yard."

The official feature was the Group 1 Al Maktoum Challenge R3 over the same 1m2f dirt course as the Dubai World Cup, which will surely be the target for Matterhorn.

The five-year-old, now with Salem bin Ghadayer but formerly trained by Mark Johnston, was probably never headed under Mickael Barzalona on his way to a dominant five-and-a-half length win.

Bin Ghadayer said: “As soon as I saw this horse work I said to Mickael ‘this is my Dubai World Cup horse’ and he is a natural on the dirt. That was very good from both horse and jockey.”

The Dubai City Of Gold, which is run over the same 1m4f distance as the Dubai Sheema Classic on World Cup night, also went to Appleby and Godolphin, although this time it was Barzalona in the saddle on Loxley.

The 16-1 shot was keen in the early stages but made smooth progress to lead entering the final furlong and he was always seemingly holding the challenge of hot favourite Defoe.

Appleby said: “Loxley is a horse we have always really liked but he has disappointed in both starts at the carnival, so it is great to see him get his head back in front with such a nice performance.”

Emblem Storm's trainer Satish Seemar is almost certain to be crowned UAE champion trainer this season and doubled up with Wafy, ridden by Tadhg O'Shea, in the Group 3 Mahab Al Shimaal.

'He's a horse we like a lot' - Roger Varian could hold key to big-field handicap 'Challenging horse' Kemari solves his trickiness puzzle with impressive success Mohaafeth bidding for redemption for William Haggas after late Derby withdrawal Can one-of-a-kind Jim Bolger pull off more Group 1 heroics with Poetic Flare? One trainer, one jockey, one horse and one race to note on Royal Ascot day one 'It's been a great week' - Charlie Appleby's amazing run of success continues