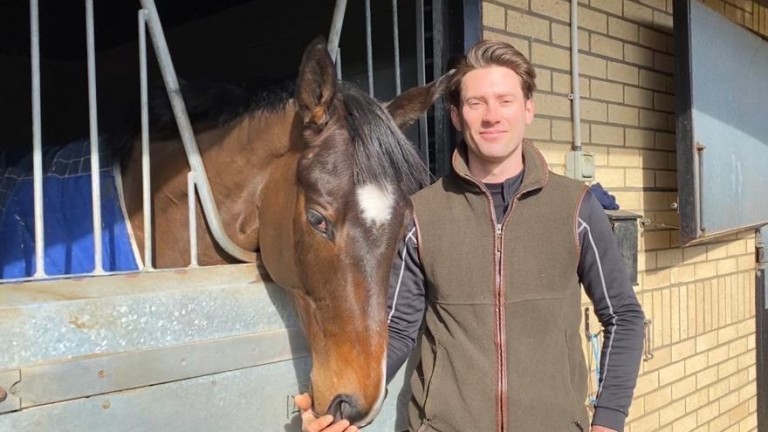 Joseph Parr, who sent out his first runners last month, admitted there could be tougher times ahead for small trainers as he attempts to keep his new business afloat during the coronavirus pandemic.

The 32-year-old succeeded his grandfather Alan Bailey, and trains alongside Terry Kent at Frankland Lodge in Newmarket.

Bailey had warned Parr against following in his footsteps, and the young trainer told the Racing Post last month: "Alan advised me against taking out a licence as it's such a tough game these days, but it's always been an ambition of mine to train so I'm happy to give it a good go."

Parr made a promising start with a winner from his first three runners, as Clem A scored at Wolverhampton. However, his burgeoning operation was brought to a halt by the cessation of racing on March 18. But Parr, who has had to turn out the majority of his 15 horses, is determined to look on the bright side.

"You have to maintain a positive outlook because things can be hard enough when they're going well," said Parr, who worked for Ed Dunlop and then as an assistant trainer to Bailey. "We're trying our best to keep the horses going and to do what's best for the owners.

"I've got to try and keep my head above water until I can get the horses back in training. Smaller trainers like me will take the biggest hit as they don't have the resources to draw on. It will keep getting harder the longer this period goes on."

Parr has been impacted by a reduction in training fees from owners and has been forced to temporarily let go of two part-time riders, with one remaining to exercise horses alongside the trainer.

While maintaining public health must always come first, Parr was encouraged by the BHA's latest plans for a resumption but admitted it remains difficult to plan for the future without a set return date.

"I've not had too many sleepless nights yet and things should become easier once we're given a start date," added Parr. "I'll be ready for absolutely anything after this."

FIRST PUBLISHED 2:49PM, APR 24 2020
I'll be ready for absolutely anything after this