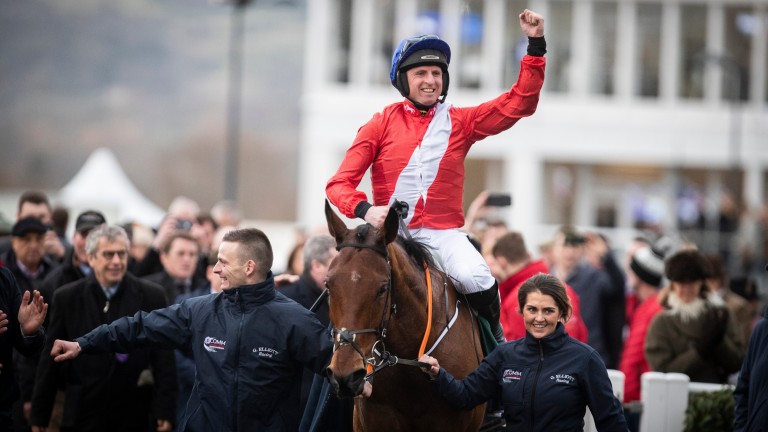 Irish amateur Codd struck in the National Hunt Chase on Tuesday, and scored with Elliott's five-year-old by three-quarters of a length to earn his ninth festival success.

There was little between Envoi Allen and Blue Sari a furlong out, but the 2-1 favourite just had an extra gear to beat the mount of Barry Geraghty's to thwart Mullins' hopes of a tenth success in the race.

He has now unbeaten in five runs, with four coming under rules, and Codd expressed his delight with the Cheveley Park Stud-owned gelding.

"He's an incredible horse, and still a big baby really," said Codd. "The plan is to continue to educate him for a future over hurdles, and then it will be up to Davy Russell or Jack Kennedy. It's great to be associated with such a horse."

The Philip Hobbs-trained Thyme Hill showed prominence throughout and finished a length and three-quarters back in third under Richard Johnson, with Elliott's other runner Abacadabras coming fourth.

The four-year-old started out towards the rear but gradually made his way through the pack before taking over after jumping the final hurdle to beat Gordon Elliott's Coko Beach by two lengths. 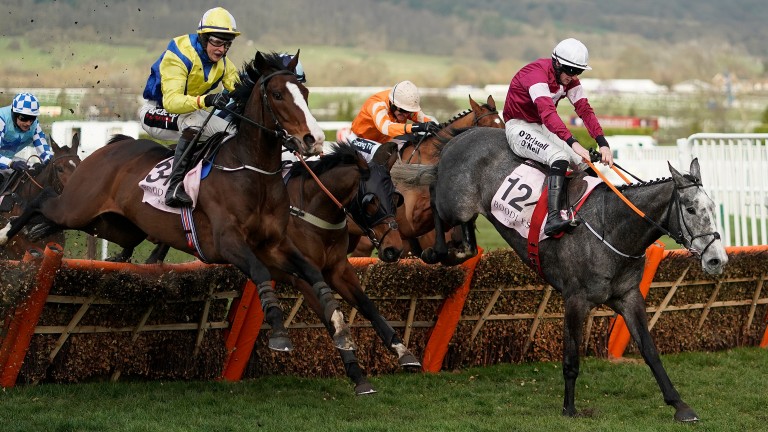 O'Brien had helped train Ivanovich Gorbatov to Triumph Hurdle victory in 2016, but the JP McManus-owned gelding was listed under his father Aidan O'Brien at the time.

Band Of Outlaws however broke the young trainer's Cheltenham duck, and he was understandably pleased with the 7-2 shot's performance.

He said: "We thought he was better than a handicapper, and we're over the moon. We thought we had a few chances yesterday and we had two seconds, a fourth and a fifth. They all ran really well but it's nice to get a winner."

FIRST PUBLISHED 5:03PM, MAR 13 2019
We thought he was better than a handicapper, and we're over the moon