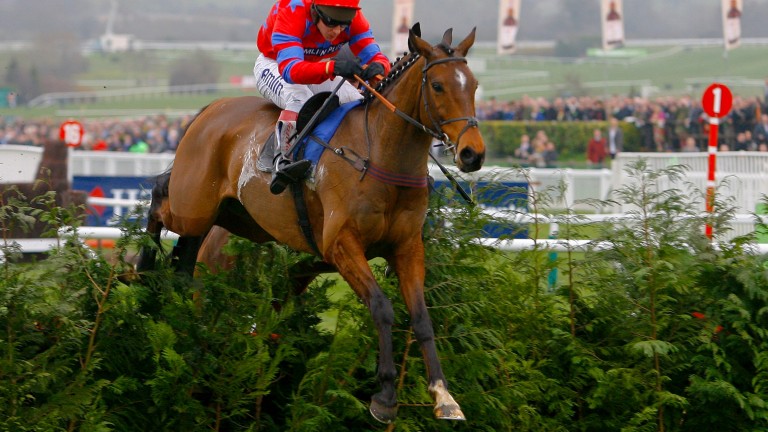 Balthazar King returns to the scene of his most successful days when he parades ahead of the Glenfarclas Cross Country Handicap Chase at Cheltenham on Friday.

The 12-year-old retired after a fall in his bid to win the festival cross-country chase for the third time in March this year having come back from breaking ribs in a fall in the 2015 Grand National.

David Rees, one of The Brushmakers who owned Balthazar King, has him in retirement and is excited about bringing the popular chaser back to his spiritual home.

“We're looking forward to a good day out,” said Rees. “He'll be delighted as he loves the place. He'll let us know when he's ten miles from Cheltenham because he'll start knocking the box. He won eight races there and it will be like going back home for him.

"He lives on my farm now with our point-to-pointers and is happily enjoying his retirement with days out hunting."

Balthazar King enjoyed half his 16 career successes at Cheltenham, winning four times over the cross-country course including the two festival races in 2012 and 2014.