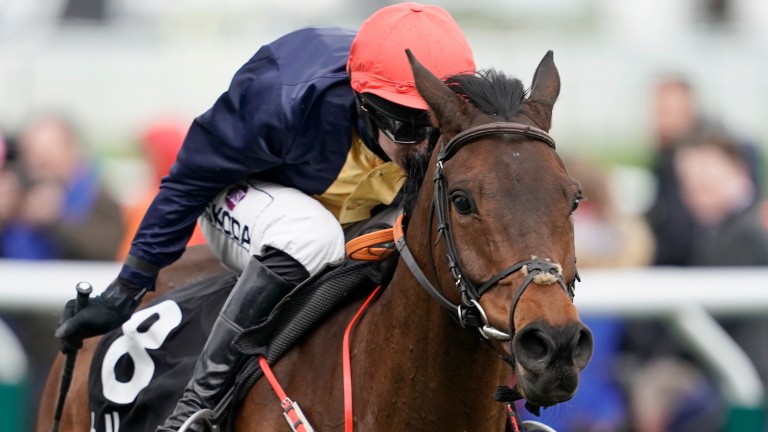 Cheltenham Festival winner City Island is on course to make his much anticipated chasing debut at Leopardstown over Christmas.

Successful in the Ballymore Novices' Hurdle, the Martin Brassil-trained six-year-old has not run since a below-par effort at the Punchestown festival.

City Island is ready to make his seasonal comeback, having pleased connections in his schooling sessions.

"His target will be a beginners' chase [over 2m1f] at Leopardstown on December 27," said Brassil, whose stable star is quoted in the ante-post markets for the Sun Racing Stayers' Hurdle and Unibet Champion Hurdle.

"There's no change in our plan to go chasing, we decided he was going over fences in May and we'll be sticking to that."

The trainer added: "He's had a couple of schools around different tracks and we've been happy with him.

"We've just been waiting for some nice ground. He's never run on heavy before and we wanted to find him ground with bottom to it."

Owned by Sean and Bernardine Mulryan, City Island has had the form of his Cheltenham victory boosted by the subsequent successes of runner-up Champ, who heads the RSA Chase betting at a general 7-2.

City Island is available at as big as 25-1 with Paddy Power and Betfair Sportsbook for the RSA, while he is a best-priced 16-1 for the JLT Novices' Chase.

FIRST PUBLISHED 2:54PM, DEC 5 2019
He's had a couple of schools around different tracks and we've been happy with him