Talk of the Tracks LUDLOW 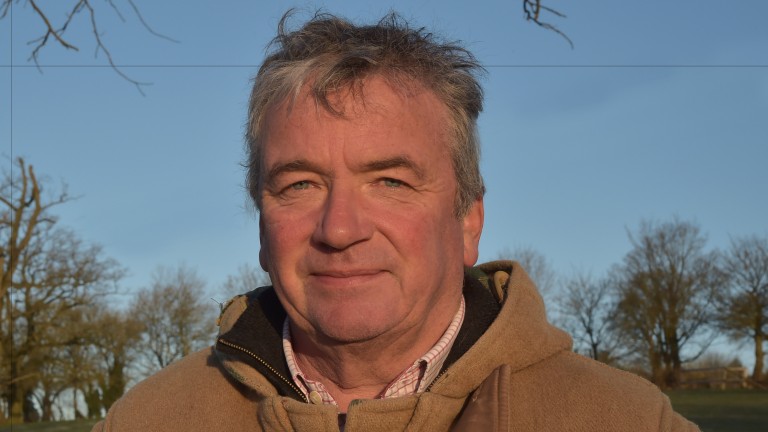 After Ballyhill had carried The New One's colours to victory in the 2m5f introductory hurdle, trainer Nigel Twiston-Davies revealed that the stable star is likely to make his long awaited debut over fences at Kempton in ten days' time.

He said: "Like everyone else we have been waiting for the rain to come. Luckily it has now so The New One will almost certainly be going to Kempton on November 21 for his first run over fences. He has been ready to run for a while, and the waiting is almost over."

Regarding Ballyhill, who is also owned by Sarah Such and Gino Paletta, Twiston-Davies added: "He cost us a fortune in bumpers as he was always running a bit free and was disappointing, but he's improved dramatically since he faced hurdles as he settles better."

Moss back to form

Despite not having seen racecourse action for four months, Moss On The Mill proved the answer to the feature 3m1½f handicap chase as he stayed on dourly to see off the attentions of By The Boardwalk.

His success continued the good run being enjoyed by Tom George, and the trainer was quick to praise winning jockey Mark Quinlan, saying: "He joined our yard earlier this year and has been putting in a lot of hard work behind the scenes, which is vital for any stable.

"I cannot stress too much how important all the work that goes on at home is, and this is my payback to Mark for all his labours and the work he has done. It would be great to give him more chances if the opportunity arises in the near future."

The resurgent Tim Vaughan team carried on their winning ways after Show's Over made all to take the 2m novice handicap chase to make it an across-the-card double following the success of Tanit River at Towcester.

Vaughan said: "We're now on 43 winners for the term, which is one more than we had all last season, so obviously after a poor year it's nice to see the horses all running a lot better.

"I think they're enjoying life at present and that makes the difference to 12 months ago, when things were definitely not going well."

The trainer thanked Show’s Over's rider Tom O'Brien for the victory and explained: "Tom rode him to be second at Plumpton last time and suggested we drop him in trip and ride him positively. I must admit I was dubious, but Tom has been proved right."

Explaining the trip to Shropshire, Hanlon said: "He's a nice horse but if I ran him in a juvenile hurdle in Ireland he'd be lucky to finish in the first five – that's the way it is over there at the moment."

Alan King could barely hide his delight after Tara View landed the opener as he believes the mare has a bright future. She certainly looks one to follow this season.

FIRST PUBLISHED 6:59PM, NOV 10 2016
He cost us a fortune in bumpers as he was always running a bit free but he has improved dramatically since he faced hurdles