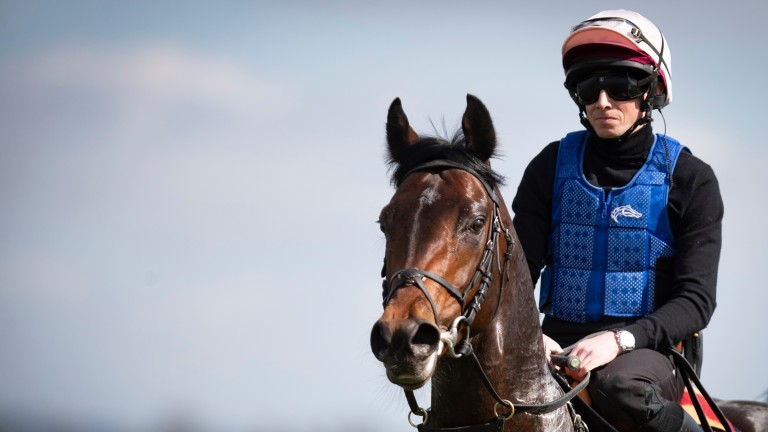 Ten Sovereigns: Aidan O'Brien has the the option to run him in the Leopardstown Guineas Trial
Patrick McCann
1 of 1
By Tony O'Hehir UPDATED 6:59PM, APR 2 2019

Ten Sovereigns and Magna Grecia, Aidan O’Brien’s main contenders for the Qipco 2,000 Guineas, have been entered for the Ballylinch Stud 2,000 Guineas Trial at Leopardstown on Saturday, although neither colt is certain to get the chance to cement his Newmarket credentials.

The pair are among seven Ballydoyle-trained entries for the 7f Listed event, in which the Kevin Prendergast-trained Madhmoon, winner of both his starts last season, will make his reappearance.

O’Brien said on Tuesday: “We entered Ten Sovereigns and Magna Grecia for Leopardstown to give us an option. They're not definite runners and could go straight to Newmarket without a run. We'll decide about Saturday in the next couple of days.”

Ten Sovereigns, who won all three starts last year including the Group 1 Middle Park Stakes, has yet to race beyond six furlongs. He is second favourite for the 2,000 Guineas at no bigger than 8-1, with the market headed by Too Darn Hot at 6-5.

Magna Grecia, who won two of his three runs as a juvenile including the Group 1 Vertem Futurity Trophy at Doncaster, is a general 10-1 chance for the 2,000 Guineas.

Madhmoon, a general 16-1 for Newmarket, will return on Saturday at the track where he won a maiden and Group 2 KPMG Champions Juvenile Stakes, both over a mile.

Prendergast said: “Madhmoon did very well over the winter and we're very happy with him. We’ll see how he gets on this Saturday before deciding whether he’ll go to Newmarket or wait for the Irish Guineas.”

O'Brien has ten of the 15 entries for Saturday's Group 3 PW McGrath Memorial Ballysax Stakes, with Investec Derby second favourite Japan and Anthony Van Dyck among them.

FIRST PUBLISHED 6:21PM, APR 2 2019
They're not definite runners and could go straight to Newmarket without a run