Ballyandy should be hard to beat, says Twiston-Davies 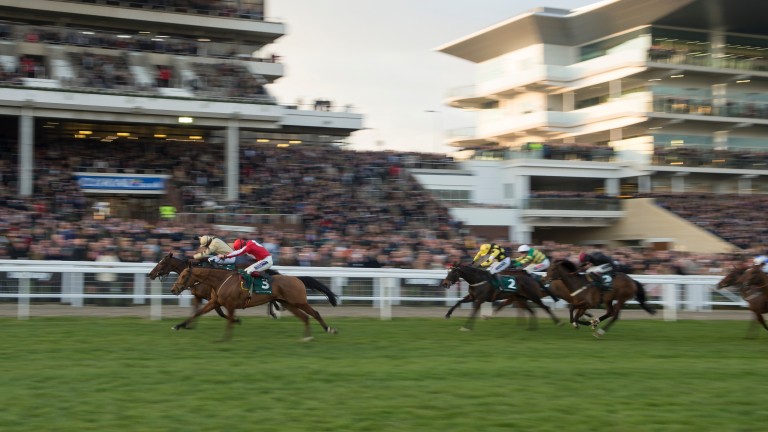 A Grade 1 winner getting weight off his main rivals might seem like some brilliant placing, but Nigel Twiston-Davies would rather Ballyandy had already won over hurdles this term.

Last season's Champion Bumper ace has seen the back of Moon Racer on his two starts over hurdles, but his trainer is confident of a big effort on Friday.

However, he meets some well-regarded rivals in the race that features See More Business, Inglis Drever and Neptune Collonges on its roll of honour.

Alan King, responsible for Messire Des Obeaux, knows what it takes to win this, having saddled Label Des Obeaux, Manyriverstocross and Junior to victory in the last seven years.

The Sue Gardner-trained Couer Blimey will be among the outsiders, but claimed some notable scalps, including Ballyandy, when winning a Listed bumper at Ascot at 16-1 last year.

Nicky Henderson, trainer of Cultivator
He's fine and in good form. He likes good ground so I want to get going before the ground turns. This is very competitive and it's a big step up in class, but it's the same for all of them. They've all been doing it nicely in their own league and now we find out who the top boys are. I'd have thought the trip would be fine on his pedigree.

Alan King, trainer of Messire Des Obeaux
He won a handicap in good style at Bangor and went up 11lb, so it looks a logical step to return to novice company. His rating of 139 is the highest among those entries who’ve got a mark and I hope he’ll have learned plenty from that first win. We like him and he should be suited by Sandown.

Dan Skelton, trainer of Aintree My Dream
It's a very strong renewal and there are bundles in there with chances. Ballyandy getting all the weight is the most obvious one, but ours is fit and well and we've always been coming to this race.

Stuart Edmunds, trainer of Apasionado
I hope he's good enough and hope he gets the trip. He seems in very good form and we can't go anywhere with a double penalty so we've got to go somewhere a bit smarter. I think he'll get the trip and the ground's great. He wouldn't want it extremely heavy and the ground could suit us a bit more than some of the others.

Nigel Twiston-Davies, trainer of Ballyandy
We're going where the money is, but we're not giving up over two miles. I think he could go back to two miles - he's got plenty of pace and last time was just a muddled race. We've got to be the ones to beat getting weight from some - it's not rocket science! He's been superb since Cheltenham last time and there's no reason the track shouldn't suit.

FIRST PUBLISHED 6:00PM, DEC 1 2016
He wouldn't want it extremely heavy and I think it could suit us a bit more than some of the others