City slicker Brorocco out to follow up stylish Epsom victory 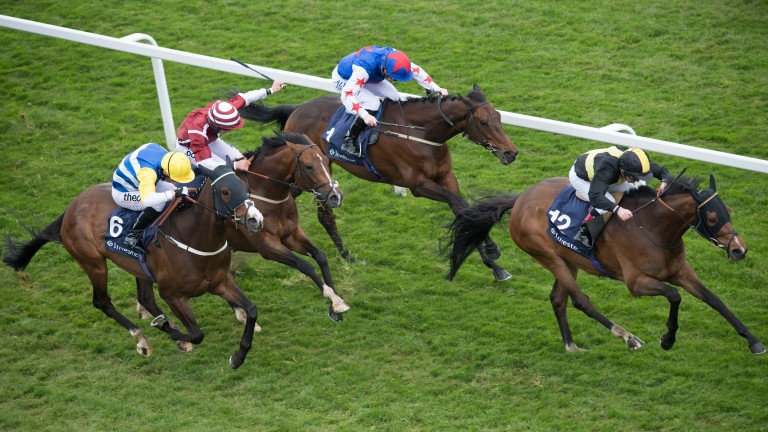 Brorocco attempts to follow the same path as former stablemate Collaboration, who won this two years ago after landing the City and Suburban Handicap at Epsom.

Andrew Balding's leading fancy goes well for Jimmy Quinn and showed the benefit of a prep run at Chelmsford when mastering the useful Banditry two weeks ago.

The four-year-old has been raised only 3lb for that victory but faces a few unexposed types including the Sir Michael Stoute-trained Khairaat, who ended last season on a high when winning twice at Pontefract and Doncaster.

Sennockian Star makes his fourth successive appearance in this race and fared best when runner-up in 2014.

Collaboration (9-4) won this in 2015 but he is the only favourite to score in the past decade.

Oliver Cole, assistant to Paul Cole, trainer of Berkshire
He's screaming for a run as we've had him ready to go at Newmarket twice already but had to take him out because of the quick ground. Hopefully it will be safe at Chester and he's a different horse to last year – he's working so well.

Mark Johnston, trainer of Sennockian Star
He's been running well over further – we've been running him over a mile and a half. He was disappointing at Hamilton last time and he's dropping in trip here, but he's guaranteed to get a strong pace and we know the track suits, so I hope he'll be back to his old self.

David Loughnane, trainer of Parish Boy
He had some smart form on the Flat a few years ago when he beat Order Of St George on two occasions. We bought him to go jumping but it wasn't for him and we've decided to go back on the Flat with him. He should run well if the ground isn't too quick.

Richard Hills, assistant racing manager to Hamdan Al Maktoum, owner of Khairaat
He's always been a nice horse who we think will make a decent four-year-old. Sir Michael Stoute is pleased with him and this looks the right race to start him off in.

Richard Fahey, trainer of Gabrial's King
He’s drawn five, which is good, but it’s a smaller field than I expected. He’s better over further and we tried to get him in the Cup but he was eliminated. He’s in great order.

FIRST PUBLISHED 6:00PM, MAY 10 2017
He had some smart form on the Flat a few years ago when he beat Order Of St George on two occasions.