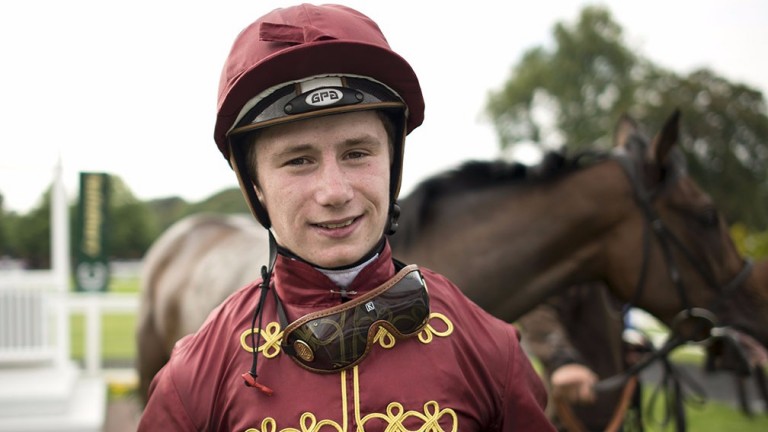 Sir Pass I Am was not passed at Chepstow last Tuesday but only by the skin of his teeth as jockey Oisin Murphy put the brakes on with his mount well clear, only for his rivals to eat into the lead late and the line coming in the nick of time.

The pair are reunited at Lingfield on Wednesday in the 1m6f Telegraph Handicap, in which Sir Pass I Am carries a 6lb penalty and is 5lb well in, having been raised 11lb by the handicapper.

Victories by a neck in a Class 6 handicap would rarely result in an 11lb rise, but the Chepstow contest, run at 8.40pm, was out of the ordinary, the Racing Post's in-running comment for Sir Pass I Am reading: "Tracked leaders, ridden to lead 2f out, 10 lengths clear when heavily eased final 75yds, pack closed and line came just in time".

Balding has no argument with the new rating, which comes into effect at the weekend, and said on Tuesday: “The handicapper has a job to do and it's not for me to get involved – he's taken the view the horse may have won at Chepstow by about seven lengths, so 11lb is about fair I suppose.

“In theory we're 5lb well in if the handicapper is right, but it’s a different course on a different day and this looks a competitive enough race, although conditions appear as if they will be fine for the horse.

"We're taking a bit of a chance in running him again so quickly just a week after he won, but he seems on good terms with himself.”

Reflecting on last week's incident, which gave favourite backers palpitations, Balding added: “Of course we all know Oisin overdid the easing down at Chepstow, but he is a very good jockey – it was virtually midnight and conditions at the track were, to say the least, difficult.

"He got away with it and the horse won, which is the main thing.”

FIRST PUBLISHED 2:17PM, MAY 23 2017
Of course we all know Oisin overdid the easing down but he is a very good jockey - it was virtually midnight and conditions were difficult

'I didn't say that. He's wrong' - Dettori counters Murphy best-horse claim A day when two big decisions had to be made - officials at Ascot got both right Did the stewards get it right in the Commonwealth Cup? Experts have their say 'Oisin's horse drifted about eight lanes' - Commonwealth Cup result reversed 'I think I probably needed Valium this morning - Ascot with people is amazing' 'Special' Berkshire Shadow lands long-running gamble for ecstatic connections