Grand National SHOT IN THE ARM 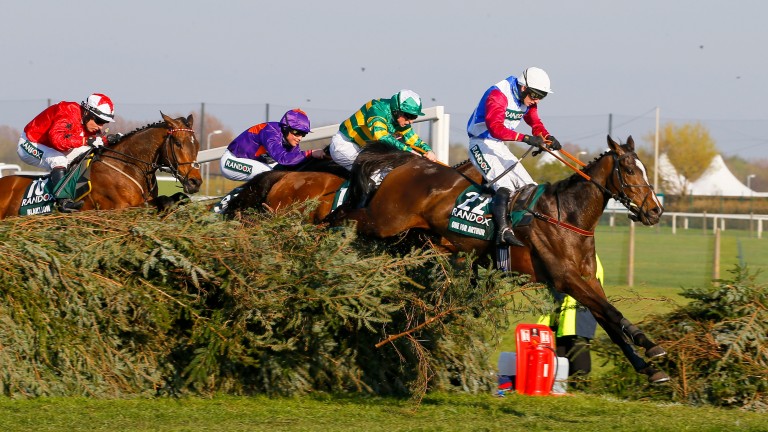 One For Arthur leads Cause Of Causes, Gas Line Boy and Blaklion over the final fence heading for a Grand National victory acclaimed by Aintree boss John Baker as being good for the race and for racing in the north
Mark Cranham
1 of 1
By David Carr 5:36PM, APR 9 2017

Aintree boss John Baker hailed One For Arthur's Grand National victory as a shot in the arm for northern jump racing.

And he pointed to success for the Golf Widows syndicate as an important one for the race in a sport often seen as dominated by a handful of powerful owners.

"Anyone can win the National," said Baker. "It's the people's race and you want everyone to feel part of the National – the fact that it's accessible is hugely important to us. A result like that's tremendous for the race.

"And it's great for racing in the north and Scottish racing. A lot has been spoken about the struggles in recent years, but we've got some fantastic trainers and this is great for Lucinda Russell and her team."

Baker paid tribute to the efforts of Merseyrail management, who defied strike action to run a train service for Saturday's sellout 70,000 crowd.

"They were committed to putting on a service for Grand National day, they saw what an important event it was for the whole region, and they were determined to do it," he said.

"When the strike was first announced we thought it was going to cause us problems, but it turned out that the operation went very smoothly."

Crowds were slightly down on the first two days of the meeting against last year, and Baker said: "We've had a look at it and we actually had more individual bookmakers. For example, on Friday we had over 400 more bookings, but the people bringing groups had smaller numbers.

"I don't know if there's something going on in the groups market, but we were only a few hundred down each day so it's nothing to worry about."

Nigel Twiston-Davies had to fight his way into the winner's enclosure on Saturday after Blaklion's fourth in the National and Baker was quick to apologise to the trainer.

"There are always lessons to learn. Unfortunately on this occasion we got it wrong and we offer huge apologies," he said.

"You try to get the balance of having people on the gates with racing knowledge to identify the players but also some robustness in not letting people in who shouldn't get in.

"After the race we were geared up to putting the horses first and, as a result, we probably deployed people on to the course operation we'd normally have had around the gates to identify connections."