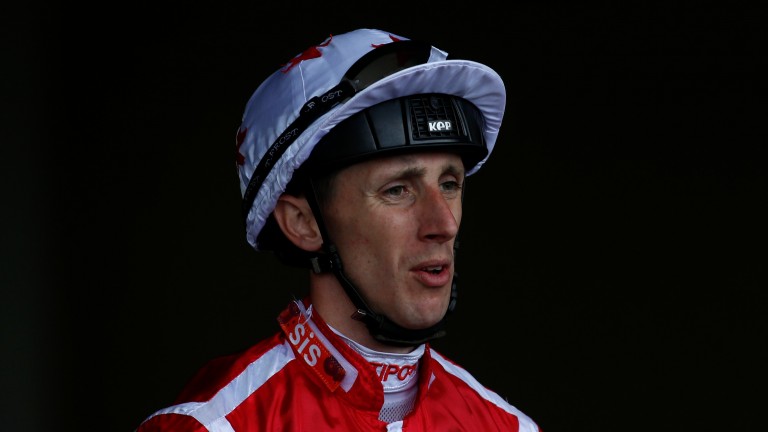 George Baker, the Classic-winning jockey who is in intensive care in Switzerland after a horrible fall at St Moritz on Sunday, was continuing to improve on Monday and could be moved to a less serious ward as early as Tuesday.

Baker was brought down when two horses fell in front of him inside the final furlong and suffered a heavy concussion as he hit the frozen lake on which the 'white turf' meeting takes place.

Baker, whose mount Boomerang Bob was fatally injured in the incident, was initially placed in an induced coma and airlifted to hospital in Chur, some 100 kilometres from the course, where he regained consciousness later that day and has continued to improve.

Wife Nicola flew out on Sunday to be by his side, not knowing his condition had improved until she had landed. Speaking to the Racing Post on Monday, she said: "He'll remain in intensive care today and tonight, and they'll review the situation tomorrow.

"He doesn't need any surgery and he had a bit of food at lunch. He's just very sleepy and he's back to bed. He had a very severe concussion, but his CT scan came back okay and the best thing for him is sleep and time."

She added: "The best thing is he's out of a coma, breathing on his own and able to move of his own accord, because when I got on the plane the last I knew was he was in a coma and breathing through apparatus. It wasn't until I landed I learned any more, which came as a massive relief. Everything else is a bonus."

A crack in the ice some 150m from the finish line meant water had come up and undermined the integrity of the racing surface, the organisers stated.