Bailey talking the talk with By The Boardwalk 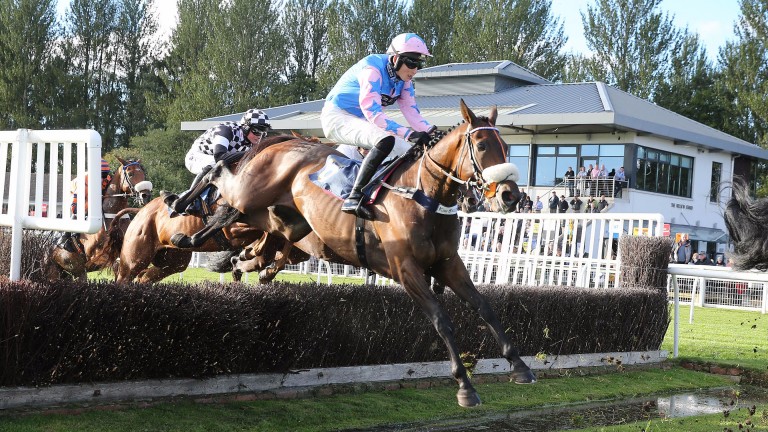 By The Boardwalk heads to Ludlow with a good chance
JOHN GROSSICK RACING PHOTOGRAPHY
1 of 1
By David Milnes 8:16AM, DEC 5 2016

Kim Bailey is in bullish mood about the chances of winning the valuable feature for the second time in five years with his recent course runner-up By The Boardwalk.

The eight-year-old looked to be returning to his best form when chasing home Moss On The Hill over this trip last month.

Bailey, who won the contest with Midnight Haze in 2011, said: "We're going back to Ludlow with a big shout as he will like the ground and prefers right-handed tracks."

Philip Hobbs and Richard Johnson combine with Royal Milan who will be hoping to fare better than on his first start over fences when he was brought down at the first at Ascot last month.

Favourites have struggled in recent years and the last market leader to oblige was Rosses Point (8-13) ten years ago.

Evan Williams, who runs Still Believing, has won this race twice in the past ten years with Buck Mulligan (2009) and Rosses Point.

Jonjo O'Neill, trainer of Mont Royale
We are going there for the good ground which he likes but it looks a hot little contest. We go there hopeful rather than confident.

Charlie Longsdon, trainer of Long Lunch
He was running alright until he fell at Cheltenham last time and this represents a drop in grade. It's a competitive race but there's no reason why he can't run well and he goes there with an each-way chance.

Kim Bailey, trainer of By The Boardwalk
He likes Ludlow, likes right-handed tracks, likes fast ground and goes there with every chance.

Neil Mulholland, trainer of Danimix
This step back up in trip should suit him better than 2m4f at Cheltenham last tine and also the lower grade. He's been in good form at home since.

Evan Williams, trainer of Still Believing
She will probably run well without winning as she usually does but if we can get some of the nice prize-money we'll be more than happy.

Nigel Twiston-Davies, trainer of Brownville
He got turned over at odds-on last time but I think the winner was a bit underestimated that day and it wasn't a bad performance. He's been in good form since and we are looking forward to seeing him back.