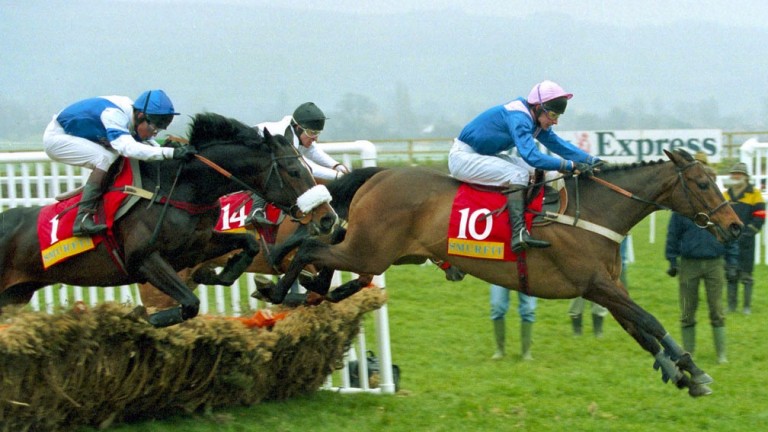 Kim Bailey on Tuesday paid a fond farewell to Alderbrook owner Ernie Pick, who has died at the age of 73.

Pick, who was originally from Huddersfield, but later based himself in the north east, died last week after suffering a heart attack.

A self-made businessman with a string of car dealerships, he had a huge passion for racing and enjoyed his finest hour in the sport when Alderbrook, a talented performer on the Flat, stormed home on only his third start over hurdles in the 1995 Champion Hurdle under Norman Williamson.

He said: "We had a massive day and we never forgot the horse we had together. Alderbrook was a complete superstar for me and Ernie was a very entertaining owner to train for.

"He enjoyed his racing and liked his celebrations – he was good fun to train for. Winning a Champion Hurdle is right up there with the Gold Cup and Grand National and if anyone asks me my favourite horse Alderbrook comes into that category because he was such an extraordinary horse.

"He was so tough and so genuine and should have won two Champion Hurdle – he was a very good horse."

Pick is survived by his daughter Frankie and wife Irene, who said: "He always loved horses and owning horses was one of his pleasures. He had a few, but Alderbrook was the most successful one."

Frankie Pick added: "Dad was a big racing fan and had a lot of friends in the game."