Badger Ales Trophy would be 'sweet success' for Mulholland 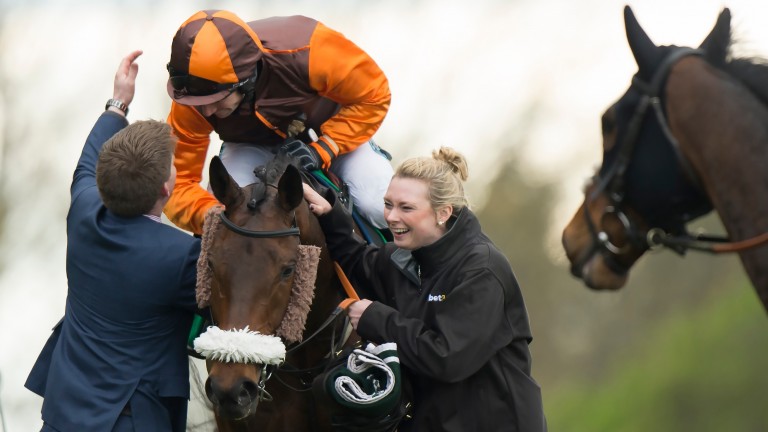 The Randox Health Grand National is the long-term target for Bet365 Gold Cup winner The Young Master, who more immediately could seek to finish first past the post in the Badger Ales Trophy at Wincanton for a second time on Saturday.

The seven-year-old 'won' the race two years ago but was disqualified because he should have been ineligible, having run only twice over fences when he should have had three outings to qualify for the £60,000 handicap chase.

The Young Master is one of 19 possible contenders for this year's renewal, in which Mulholland has also entered Carole's Destrier and Fingerontheswitch.

Mulholland said: "The Young Master's in very good form, although we would need a bit more juice in the ground for him to run. It would be a very sweet success!

"This season's main plan is to run in the Becher Chase before a crack at the National."

Mulholland said: "We thought we'd give him the entry and have a look. There's good money on offer, it's our local track and he wants good ground. He's a nice horse."

The going at the Somerset track was on Monday good, good to firm in places, with clerk of the course Barry Johnson at the very least looking to maintain that description, with watering scheduled from Wednesday.

FIRST PUBLISHED 4:26PM, OCT 31 2016
This season's main plan is to run in the Becher Chase before a crack at the National