Backers pay the price for deduction over non-runner 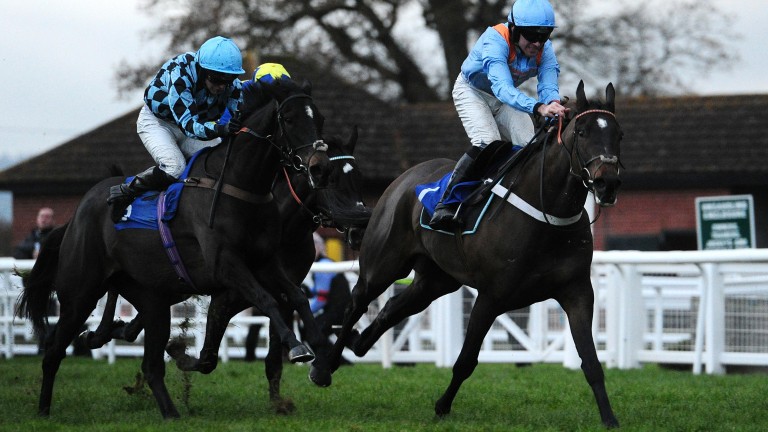 The non-participation of Cockney Wren (left) at Cheltenham on Sunday was the source of much consternation
Tom Sandberg/Pinnacle
1 of 1
By Jon Lees 5:56PM, JAN 2 2017

Winning punters on the last race at Cheltenham on Sunday were left out of pocket when a rule 4 deduction was applied after bookmakers priced up a horse who had already been announced as a non-runner.

Bookmakers were instructed to deduct 5p in the pound from winning bets on the bumper, won by 11-8 favourite Cap Soleil, after betting ring officials declared Cockney Wren, who was 14-1 in the betting, a withdrawn horse.

However, the Harry Fry-trained horse, one of five taken out of the race, should not have been priced up for the 3.40 as she had been declared a non-runner earlier in the afternoon. The information was posted on the Racing Post's raceday live service at 2.57 but was not available on the BHA's racing administration website.

Jim Donnelley, director of racing and betting at the Press Association, which declares the starting price, said the problem arose because news of the non-runner was not picked up in the Cheltenham betting ring.

"No-one heard an announcement about the horse at all," he said. "Everyone was betting with it until about five minutes before the start when someone approached our staff to say they didn't think the horse was a runner.

"We checked with the weighing room, where there was a problem with the computer, but were told it had been given out over the tannoy. By the time our staff got back to the ring the race was off. So the ring manager made it a withdrawn horse at its last price."

Tim Moore, chief executive of the Administration of Gambling on Tracks, whose staff manage betting rings, said: "The ring manager made a pragmatic decision based on unique circumstances that a 5p rule 4 was appropriate. I don't think all bookmakers applied it, as 5p rule 4s are regularly waived."

Adding to punters' irritation were claims that Cockney Wren had been cut in the betting to 14-1 from 16-1. No rule 4 is applied on horses priced above 14-1.

BHA spokesman Robin Mounsey said any alleged shortening of the horse was "not an issue for us". "All we can do is ensure we get the message out that the horse is a non-runner as soon as we are able to," he said.

"There was a technical issue that meant the non-runner wasn't posted onto the Racing Admin site. As a result of that several announcements were made on the course to ensure those present were aware the horse was a non-runner."

William Hill said they do not apply 5p rule 4s to online bets but had made the charge to bets placed in shops.

Spokesman Jon Ivan-Duke said: "At the end of the day, if the non-runner was not officially passed through as a non-runner from the governing body and did not make it to the bookmakers, there isn’t too much we can do about it. The horse still took up a percentage of our market and so would require a rule 4 where necessary."