Supporters of course favourite yearn for one more joyful day 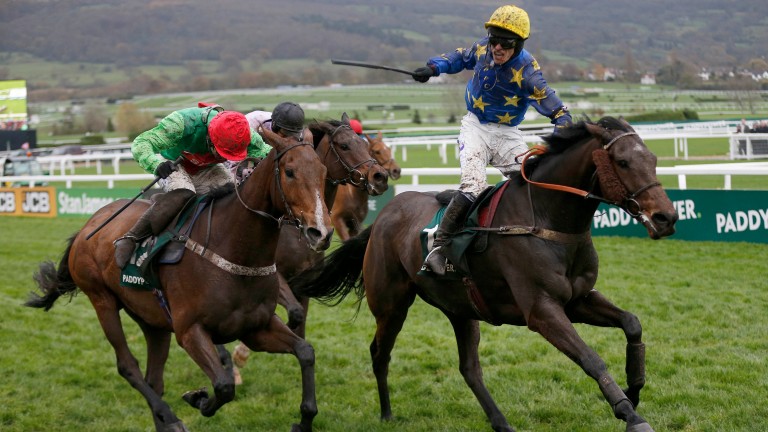 One day it will all come together for Buywise. The stars will align, his jumping will hold up and he will fly up that hill with the same insatiable vigour he always does. Between that day and this, however, there is probably plenty more heartache to endure.

Everyone should back Buywise once in their life. More specifically, everyone should back Buywise once at Cheltenham in one of the big 2m4f handicap chases. Talk about getting a run for your money. Course form figures of 54243 since his last Cheltenham victory in April 2014 tell you he is almost guaranteed to be competitive. Unfortunately, that is the only thing that is guaranteed. Victory is so far from guaranteed at this point as to be entirely implausible.

The 2015 Paddy Power Gold Cup probably stands out as the most tragically comical manner in which Buywise contrived not to win a race. An early slip meant he fell behind the pace and he even threw in a mistake three out just to make life that little bit more difficult for himself. However, just when you could be confident that victory was now surely out of reach, Buywise did what Buywise does.

Devouring the Cheltenham hill as if he'd just joined the race two out, his hopelessly optimistic army of backers began to believe. His typically heroic effort was not enough to catch Annacotty though, and that familiar feeling of post-race dejection was unavoidable.

Racing Post analysis described him as an 'unfortunate loser' on the day. It's a label which could also be accurately applied to myself and anyone else who decided to back him that day.

One day it will all come together, cry the (now dwindling) Buywise fan club. One glorious day.

FIRST PUBLISHED 4:30PM, DEC 5 2016
Victory is so far from guaranteed at this point as to be entirely implausible