Back with a bang! We preview all four of today's meetings in Britain 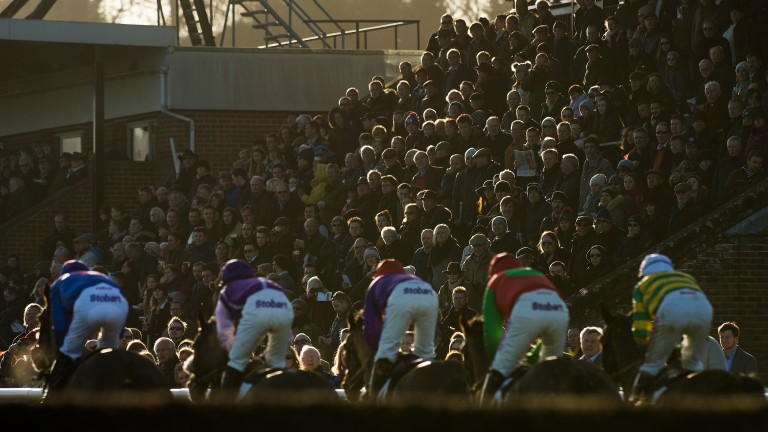 Plumpton will draw a healthy crowd today as it hosts a six-race card; one of four meetings taking place as racing returns in Britain
Edward Whitaker (racingpost.com/photos)
1 of 1
UPDATED 10:59PM, FEB 13 2019

At last! Following six blank days and 23 lost meetings due to an outbreak of equine flu, British racing resumes with four fixtures on Wednesday. The Animal Health Trust and BHA were still working to clear declared runners on Tuesday night, with new vaccination rules in place, but as of 6.15pm there were 184 horses set to compete – Tom Ward and Robbie Wilders highlight what's in store.

Chief Executive Bill Farnsworth: "We're delighted for the whole sport. It's going to be a bit of a stuttery start – ours is a fairly low-grade card we acquired from Towcester.

"We knew this morning that certain trainers who are normally big supporters will not able to run their horses so we weren't expecting fields to be very big. However, anything's better than nothing.

"Free entry for all will be a welcome incentive to our regular racegoers. We appreciate their support, and that of owners and trainers over this period."

Two horses that will not be running, owing to the new vaccination protocols, are the Chris Grant-trained pair Jo Cashflow and Donnas Dream.

Grant explained: "In both cases their last last flu vaccinations were just outside the required six month period. I wasn't aware of the new rule until after I'd declared them."

Although not the most lucrative event of the day, the 1m7½f maiden hurdle (3.50) contains a couple of highly interesting contenders, including the David O’Meara-trained Saryshagann, one of two runners for the trainer along with Highland Bobby.

We seldom see O’Meara with jumps runners and Saryshagann acquitted himself creditably on his first try over hurdles last month, finishing a nine-length third behind a couple of more experienced runners off the Flat.

Champion jockey Richard Johnson retains the ride and, notably, he is his only mount on the card. 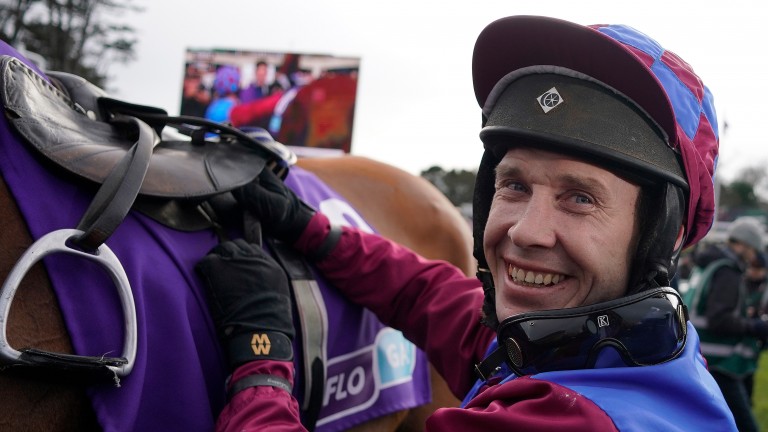 Richard Johnson: set for one ride at Musselburgh
Alan Crowhurst

O’Meara said: “Saryshagann ran a nice race at Doncaster but pulled a bit too hard and then tired. I’d be expecting improvement from that and a big run here.

“Highland Bobby might find it a bit tougher but could win a nice little race somewhere down the line – it’s nice to have a few hurdlers over the winter.”

Irish raider The Tartan Spartan merits respect, with Daryl Jacob booked to ride. The Andrew Hughes-trained six-year-old had a peak rating of 102 on the Flat and can boast a 1m6f Listed victory in 2017 on his CV – he had the high class Jim Bolger-trained Twilight Payment back in second there.

Two runs ago he was third to an excellent prospect in Vision D’honneur at Punchestown and, although possibly needing a longer trip to be seen to best effect, there should be much more to come over hurdles.

The task facing the Barry Murtagh-trained Samtu is clear for all to see in the 3m novice handicap chase (2.50) as he bids to concede at least 19lb to his three rivals.

Lorcan Murtagh negates 3lb of that, which makes his task easier, but Younoso, who is the only last-time out winner in the line-up, looks to have a solid chance of extending his winning sequence for Tina Jackson and Ross Chapman.

Clerk of the course Mark Cornford: "We've had a really difficult time of late with the weather and then flu – we lost a meeting in that time – and the last thing we'd want is to lose another meeting. We're delighted to be able to put the show back on the road.

"The ground as we speak is soft, heavy in places, but by the time of the meeting I expect it to be soft. It's a lovely day today and we're expecting more of the same tomorrow. It'll be a pleasure to race on a sunny February day."

Acey Milan was a top-class bumper performer last season for trainer Anthony Honeyball but has so far found the hurdling division tough going.

After being a beaten odds-on favourite on his two starts this season connections are hoping the five-year-old will turn a corner on this, his third start over hurdles, in the opening 1m7f novice hurdle (2.10). 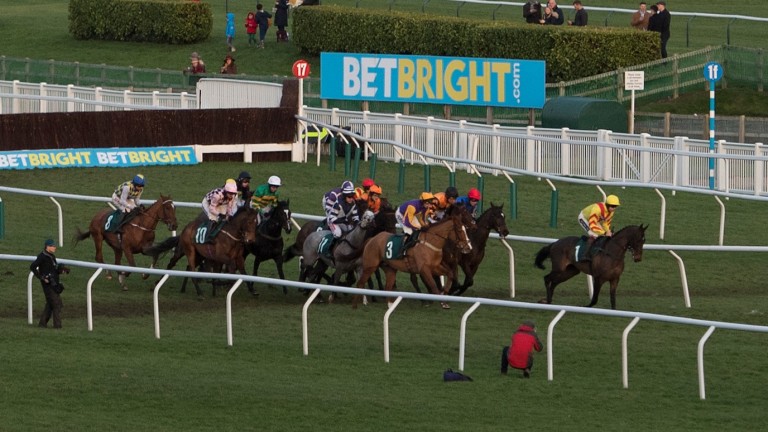 Acey Milan (leading): bids to get off the mark over hurdles at Plumpton
Edward Whitaker

Honeyball said: "We were disappointed we got beat first time but we thought he ran pretty well.

"On his second start we were convinced he was going to win and the manner of the performance suggested there must be something wrong, and there turned out to be blood in his tracheal scope.

"He'll get well beyond two miles in time but we've got to get him back somewhere. We don't have to win here, but you do think that if he's a Champion Bumper-class horse he should have a good chance."

Dave Crosse makes his long-awaited return to the saddle in this race on the Charlie Mann-trained Blackfyre.

The jockey, who sustained a horrific shoulder injury while schooling for trainer Henry Oliver in September, is understandably excited about his return.

He said: "I can't wait to get back. It was meant to happen last week but for obvious reasons it didn't."

Crosse, who said that recent cancellations due to equine flu allowed him to take a golf holiday in Portugal, added: "I've worked so hard to get back and it all starts here."

Elsewhere on the card Seaweed will look to make a successful first start over fences for Chris Gordon in the 2m novice handicap chase (3.40).

The seven-year-old cost his trainer a mere £2,500 at last summer's Goffs August sales, but has comprehensively outrun that cost on his first four hurdle starts for connections, including when winning here in December

Gordon said: "He's done us proud so far over hurdles. He's schooled a lot at home and schooled really well, so fingers crossed for a good run."

The Alan King-trained six-year-old was pulled up in the Grade 1 Sefton Novices' Hurdle at Aintree in April, but made a pleasing start to life over fences here in January, when third behind the impressive Master Dino.

Clerk of the course Paul Barker: "We're delighted to get racing back on. It's such a boost for us and it's full steam ahead. We lost fixtures last Friday and Sunday and it's great to be back."

The eight-runner £15,000 Betway Live Casino Handicap (3.00) is the primary attraction and features a host of runners from well-known stables.

However, one from a smaller yard, namely the Alexandra Dunn-trained Azari, could be the most interesting runner in the field as he attempts to secure a fourth win in a row on the fibresand. 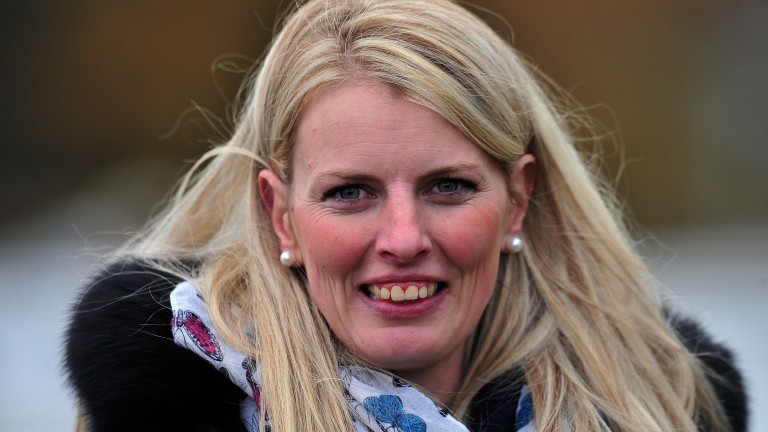 Formerly trained by Paul Nicholls, the seven-year-old has enjoyed something of a renaissance of late in the hands of Rossa Ryan, fuelled by his obvious love of the unique surface here.

Tom Dunn, husband and assistant trainer to Alexandra, said: "He ran very well at Haydock on slightly slower ground and Southwell is the best way of replicating that sort of ground on the all-weather.

"He's taken quite a lot of getting right, he's had a few aches and pains, but is really well at home now. He's loving his work and we're hopeful of another good run."

Rivals are headed by the Richard Hughes-trained Amitie Waltz, who is the other horse in the race able to boast any kind of course form – often a key a Southwell.

In the opening 6f apprentice handicap (2.00) 13-year-old Sir Geoffrey will look to roll back the years despite giving five of his seven rivals nine years in age.

His last victory came over course and distance in January 2018, and trainer Scott Dixon said this race could be the start of a swansong for the teenager.

"He retains his enthusiasm but this is definitely going to be his last all-weather campaign and this could even be one of his last races," he said.

"He's absolutely fine in his himself but the end is certainly nigh."

The final race on the card, the 5f handicap (4.30), pits three Southwell specialists against one another in Point Zero, Archimedes and Piazon.

The trio have 47 course starts and 12 victories between them, so it will take even the most knowledgeable of Southwell punters to work this race out.

Clerk of the course Barney Clifford: "It's brilliant to have racing back on and everyone here is really looking forward to it. Field sizes look good right as we speak.

"Thankfully, most Flat trainers vaccinate their horses over the winter and so we shouldn't face too many problems in terms of non-runners."

Two horses that did become non-runners after declarations on Tuesday were the Ian Williams-trained pair First Call and Heart Of Soul, due to vaccination issues.

Williams said: "I gave all of mine boosters when this flu outbreak started last week and I've declared them in error, because the mandatory seven days before they can run won't quite have elapsed."

Coolmore's Michael Tabor appears to have branched out in recent years with more British-based runners and has the Andrew Balding-trained Must Be Magic in the mile and a half novice (5.45).

The four-year-old Camelot filly, out of a Danehill Dancer mare, is lightly-raced with just two runs under her belt, but has shaped with promise and steps up to this trip for the first time.

Balding said: “She’s had a few training problems and it’s a disappointment she’s run only twice, but she’s a nice filly.

"She should improve for the outing and hopefully we can get a clear run with her now."

Must Be Magic will face seven rivals, including the Alan King-trained Miss Crick, who is more renowned for her exploits over jumps.

The colours of King Power Racing are doubly-represented in the mile handicap for three-year-olds (6.45), with seemingly little between the pair on form.

Richard Hannon, one of the operation’s most prominent trainers, is responsible for Fox Kasper, while Ralph Beckett saddles My Dear Friend, who made an encouraging return to the track when second at Kempton in January.

Elsewhere, watch out for Tom Marquand as the jockey returns to Britain for his first rides back after enjoying a winter in Australia.

He has three rides on the card in Titan Goddess, for trainer Mike Murphy, the Simon Dow-trained Le Torrent, and Storm Melody, a course-and-distance third last time for trainer Ali Stronge.

FIRST PUBLISHED 6:58PM, FEB 12 2019
Saryshagann ran a nice race at Doncaster but pulled a bit too hard and then tired. I?d be expecting improvement from that and a big run here