Back with a bang: Calyx extends unbeaten record with scorching comeback at Ascot 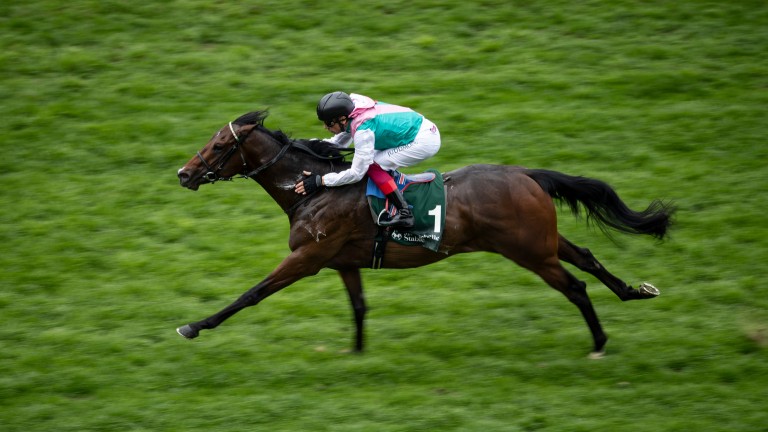 Calyx: maintained unbeaten record with impressive win at Ascot
Edward Whitaker (racingpost.com/photos)
1 of 1
By Graham Dench UPDATED 9:08AM, JAN 10 2020
FIRST PUBLISHED 4:14PM, MAY 1 2019
He's so relaxed we thought he'd get a mile but it was all speed. He proved today he has so much power and I think we'll stick to sprinting

Gavin Cromwell planning Breeders' Cup date for Queen Mary star Quick Suzy 'There are no negatives' – 35-race Royal Ascot is a permanent fixture Four things we learned on the fifth and final day at Royal Ascot 'Hopefully he's not finished yet' - Rohaan continues his remarkable rise Doyle Force: Creative rider off the mark for the week as Appleby bags a 1-2 'I didn't say that. He's wrong' - Dettori counters Murphy best-horse claim